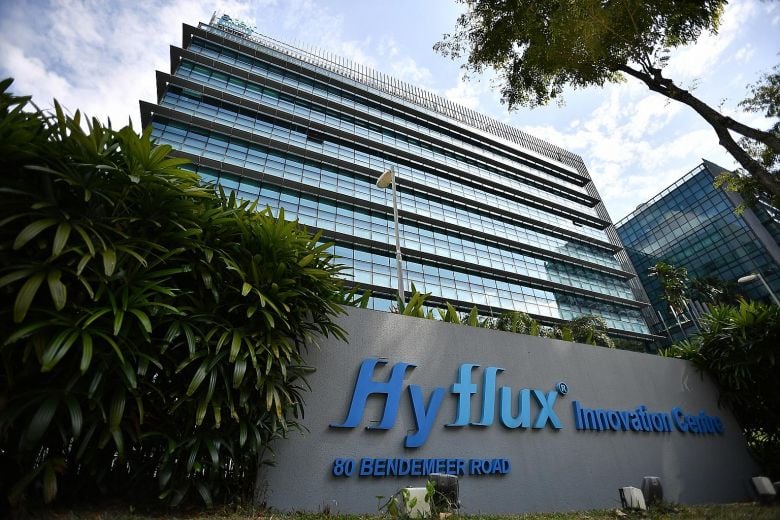 I’ve been following the Hyflux saga on and off since my original article a while back, but this last weekend, things really started exploding after the “protest” at Hong Lim Park.

There are 3 key events that really caught my eye.

Earlier today, Temasek released a clarification that I’ve extracted it in full below (emphasis mine):

Letter to Straits Times: Temasek and its unit have not had investments in Hyflux since 2006

We refer to the article which mentioned Temasek’s investment in Hyflux (Temasek invested, so couple did so too; March 31).

Temasek’s investment in Hyflux was part of an initiative during the early 2000s to invest in Singapore small and medium-sized enterprises (SMEs), to support their growth in promising sectors, such as water technology.

Upon completion of its investment objectives, Temasek exited its Hyflux investment.

This was before 2006, as noted in the news article – well before the issuance of Hyflux preference shares in 2011 and their perpetual bonds in 2016.

Guided by its own board and management, Heliconia seeks to invest growth capital in Singapore-based SMEs.

In addition to risk capital, Heliconia management also works with its investee companies on strategies and opportunities for regional or international growth.

Neither Temasek nor Heliconia has had any investments in Hyflux since 2006.

A short while later, Minister for the Environment and Water Resources Masagos Zulkifli in Parliament had this to say (emphasis mine):

Still, the government cannot use taxpayer money to help retail investors recoup their losses, said Minister for the Environment and Water Resources Masagos Zulkifli in Parliament on Monday.

Mr Masagos reiterated that PUB’s March 5 decision to serve a default notice on Hyflux subsidiary Tuaspring Pte Ltd (TPL) was taken to ensure Singapore’s water security, with the possible termination of its water purchase agreement on the table “to ensure that a critical asset remains in safe hands, and avoids uncertainty over the operations of the desalination plant”.

Although the purchase price of the Tuaspring plant is, based on current valuation, likely to be negative, the minister also reiterated that PUB is willing to waive the compensation it would be owed, and take over the plant at no extra cost to Hyflux.

“Let me be clear, therefore. PUB’s action do not weaken either TPL or Hyflux, and do not disadvantage those who have invested in Hyflux. Indeed, it is quite favourable to TPL,” he said, adding that the arrangement “positively impacts Hyflux’s value and hence the value of the Hyflux shares being offered”.

Mr Masagos noted that the government had faced a choice between claiming a compensation sum from Hyflux and waiving its right to do so.

“We have two options. One is to assert our rights, stress Hyflux even further by asserting that right, and in the whole process, we don’t get anything at the end of the process,” he said.

“Investors in search of returns must understand that returns come with some risks,” Mr Masagos told the House in reply.

“We can understand the concerns and anxiety of the retail investors and we are saddened by their plight, but the government cannot use taxpayers’ money to help investors recoup their investment losses, even if there are any proceeds from the takeover of the Tuas plant.

“You must remember there is an order to who gets what first. In this case, Maybank will still receive payments from TPL before all other general creditors, including PUB.”

And finally, I received this note from a Hyflux retail investor:

As a retail investor with a small stake in the Hyflux perpetual I attended the rally held at Hong Lim Park yesterday. I soon learned of the plight of some elderly investors who had invested sums of $200,000 or even their life savings, findings echoed in the Straits Times article today. It was clear to me that they were trying to search for a way out.

I feel we, as an investor group, should remain proactive and do something, instead of sitting around wringing our hands. I take comfort that the High Court had deemed it fit to make an exception to permit investors who bought the Hyflux securities using their CPF funds to vote directly on the restructuring plan. I take further comfort in that PUB has extended the deadline to remedy defaults to 30 Apr. I like to think that the growing public disquiet, extremely rare in the Singapore investment scene, may have played a part in PUB’s decision. So perhaps there may be hope yet.

One of the things we quickly agreed on was to continue to channel investors’ views and proposals via SIAS, in large part due to the fact that they possess the requisite infrastructure.

I have been impressed by the quality of readers following your blog, including those who contribute views and input. Should any of your readers have constructive suggestions that could help investors I would be grateful if they could share.

In closing I once again express my gratitude to your blog, and your selfless contribution in sharing with your readers. I am 65 now and wish blogs like yours were around when I started my own investment adventure!

As a retail investor now, that leaves one of two possibilities. The first is to vote yes to the Scheme of Arrangement. Under the updated Scheme of Arrangement (which I wrote about previously), these are the rough recovery figures (Note: Figures below are derived from OCBC’s Credit Research and have not been independently verified):

Of course, given that PUB has now served the default notice, and SMI has been making comments about pulling out, there will be uncertainty over how exactly the restructuring will play out, even if the Scheme is approved.

The other option of course, is to vote no. Given how events have developed since, voting no is possibly a high risk outcome, because there are a lot of question marks as to what happens then (Note: I don’t have access to the inside information so I’m really commenting using public info here).

If any reader out there has a stake, would absolutely love to hear from you, especially if you have any great ideas!

Will you vote yes or no to the Scheme of Arrangement if you were a Hyflux investor?
Make a Quiz in Minutes | Quiz Maker

Enjoyed this article? Do consider supporting us and receiving additional exclusive content. Big shoutout to all Patrons for their generous support, and in helping keep this site going!