Russia says deals with ‘unfriendly’ countries, such as US and Singapore, will require approval (Straits Times)

Russia said on Monday (March 7) that all corporate deals with companies and individuals from so-called “unfriendly countries” would now have to be approved by a government commission, according to a government resolution.

The government said it had approved a list of countries and territories taking “unfriendly actions” against Russia, its companies and citizens, in the wake of severe economic sanctions over the Ukraine conflict.

Singapore’s competition authority will investigate and take firm enforcement action if it finds evidence of anti-competitive behaviour such as coordinated price increase.

Responding to a question from Member of Parliament Lim Wee Kiak (PAP-Sembawang) on what the government is doing to prevent profiteering, Dr Tan said while pump prices are set by the market, the Competition and Consumer Commission of Singapore (CCCS) keeps a close watch to ensure an open and competitive market.

All petrol prices in S’pore now start from $3 a litre, with one grade nearing $4 (Straits Times)

All petrol prices are now $3 or more a litre here, with one grade nearing $4 a litre as oil prices breach US$130 per barrel. According to Consumers Association of Singapore’s pump price tracker Fuel Kaki, China-owned SPC was the last to raise prices on Wednesday afternoon (March 9), joining the other four oil companies – Caltex, Esso, Shell and Sinopec – in posting petrol prices from $3.

Mr Chan said 45 per cent of them lived in Housing and Development Board flats.

He was responding to Workers’ Party Member of Parliament for Aljunied Group Representation Constituency Leon Perera who asked about the profile of students admitted into this programme.

Covid-19 can hit more than once though reinfections tend to be milder: NCID (Straits Times)

Prof Leo cited two studies from Qatar, which she said has high vaccination coverage like Singapore, but also a larger number of infections due to the Alpha, Beta, Delta and Omicron variants of the coronavirus.

Budget debate: Push to get Singapore residents paired with GPs from 2023 (Straits Times)

Getting a primary care doctor to lead the care for patients would help prevent diseases, as well as reduce or delay the likelihood of those with chronic conditions requiring hospital treatments. There are around 1,800 general practitioner (GP) clinics here.

To encourage people to focus on preventive care, the Ministry of Health (MOH) will study possibilities, including making recommended health screenings free or cost only a very nominal sum. 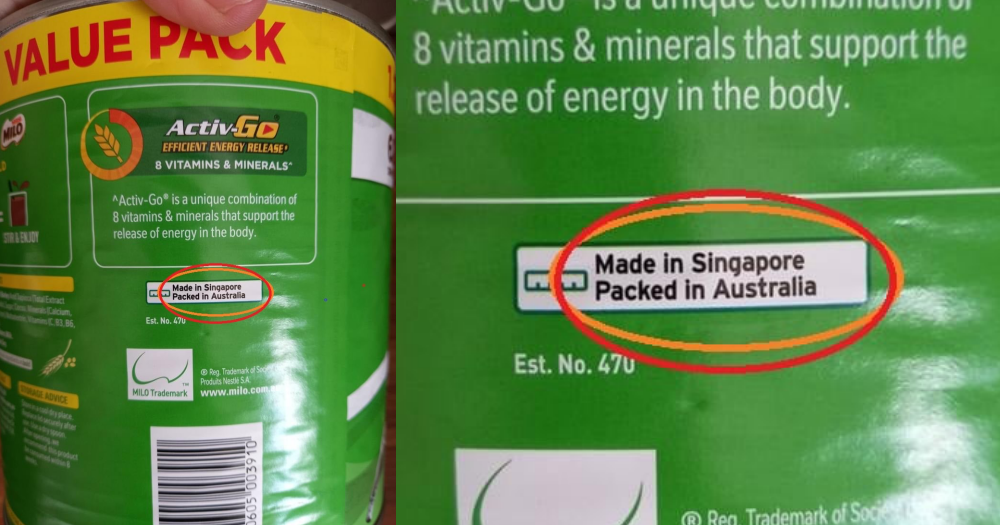 A change in recipe was enough to set alarm bells ringing for some Australian mothers, who found that their newly-purchased tins of Milo tasted “terrible” and did not taste like “real Milo”. One mother realised that this was because the tin of Milo she had purchased from supermarket chain Aldi was made in Singapore, and took to Facebook group “Aldi Mums” to warn others about her discovery.

This is as Singapore aims to restore Changi Airport’s passenger volumes to at least 50 per cent of pre-Covid levels in 2022, Minister for Transport S Iswaran announced at the ministry’s Committee of Supply debate on Wednesday (Mar 9).

The OneAviation Resilience Package includes S$60 million of wage support through the aviation workforce retention grant, from April to September 2022. This covers 10 per cent of wages paid to local employees, up to a cap of S$4,600 of gross monthly wages per employee.

Another S$390 million is for cost relief and support for public health safeguards, with the rebates on fees and charges payable by aviation stakeholders at Changi Airport and Seletar Airport to be extended for six months.

The Singapore-based company is preparing to list as earnings surge even as the Covid-19 pandemic disrupted the global economy. The company’s net profit soared 153% to S$72.7 million ($53.3 million) in the nine months ended September 30 from the previous year, while revenue improved 33% to S$332.8 million, according to its IPO filing.

The Singapore men’s national ice hockey team wrapped up their first trip to the IIHF world championships with a convincing 8-2 win over Malaysia on Tuesday (Mar 8), a result that secured them third place in the Division IV tournament.