The economy expanded by 14.7 per cent on a year-on-year basis in the second quarter of this year, faster than the initial estimate of 14.3 per cent growth, the Ministry of Trade and Industry (MTI) said on Wednesday (Aug 11).

The city-state is attempting to shore up its electronics sector, having set a target to grow its manufacturing industry by 50% by 2030, with the semiconductor segment featuring strongly in the effort. Foreign investment will play a key role in reaching the target. U.S. semiconductor maker GlobalFoundries announced in June that it would invest over $4 billion in Singapore to expand its wafer plan as it attempts to tackle a global microchip shortage.

While most of the capital was directed towards the office and industrial sectors, RCA described Swire Properties’ recent sale of its freehold residential development Eden for US$220.2 million as a “rare apartment deal” which contributed to the first-half inflow.

Over the first half-year period, RCA noted a widening gap between top- and bottom-quartile Central Business District office pricing in the region that it said was reflective of a divergence in investor preferences.

“But Singapore’s office price growth stands out from the rest of the region for another reason – it’s not just prime offices that are benefiting from this boom. Strong cross-border interest has spilled over into the secondary office market as well, with record levels achieved in the second quarter,” added Mr Green-Morgan.

Singapore is the fourth-most expensive Asian construction market to build in, as the industry deals with a shortage of skilled labour and high material costs.

Canada’s Prime Minister Justin Trudeau said that a Chinese court’s sentencing of Canadian businessman Michael Spavor to 11 years in prison for espionage on Wednesday (Aug 11) was “absolutely unacceptable”, and called for his immediate release.

The ruling comes as Huawei Technologies CFO Meng Wanzhou’s United States extradition hearings have entered the final stretch in a Canadian court, a case that has cast a chill over diplomatic ties between Beijing and Ottawa.

China on Tuesday demanded Lithuania recall its envoy to Beijing, after Vilnius allowed Taiwan to set up an office under its own name in a move seen as provocative by the Chinese government.

The self-ruled island, which China considers part of its territory, last month said it was setting up a representative office in Vilnius under the name “Taiwan” as opposed to “Taipei”, an act interpreted by Beijing as a diplomatic insult.

Malaysia’s King has asked Prime Minister Muhyiddin Yassin to bring forward a parliamentary vote of confidence currently scheduled for early September, amid growing pressure from the premier’s opponents this week to convince the monarch the Perikatan Nasional (PN) government’s majority has evaporated.

You might be able to retire earlier than you think. Here’s how (CNN)

Some ways to achieve “Fat FIRE,” as it’s known, could involve negotiating a higher salary, finding a higher paying job, accumulating sought-after skills, working a side-hustle or owning rental properties. Often, those pursuing Fat FIRE will either choose to work in higher paying professions or take longer to reach their larger savings goal.
Some people who want to retire sooner can pursue another method often called “Barista FIRE.” In this scenario, you can quit your full-time day job once you’ve stashed away enough retirement savings to grow into a nice nest egg in a few more years without having to add funds. But rather than ceasing work altogether, you work a part-time job, pursue a less lucrative dream career or take on freelance projects in order to cover basic living expenses, all the while allowing your long-term retirement savings to grow until a more traditional retirement age.

City Developments—controlled by billionaire Kwek Leng Beng—said Friday the property developer will report further losses in the first half this year amid the lingering impact Covid-19 lockdowns and financial troubles at Chinese subsidiary Sincere Property Group.

“The periodic lockdowns across numerous cities to slow the spread of the more infectious Delta variant since the start of 2021 has inhibited recovery,” City Developments said in a statement. “The hotel portfolio is expected to register an operational loss.”

Lawmakers fought over crypto’s place in the infrastructure bill. Here’s what’s next for the industry (CNBC) 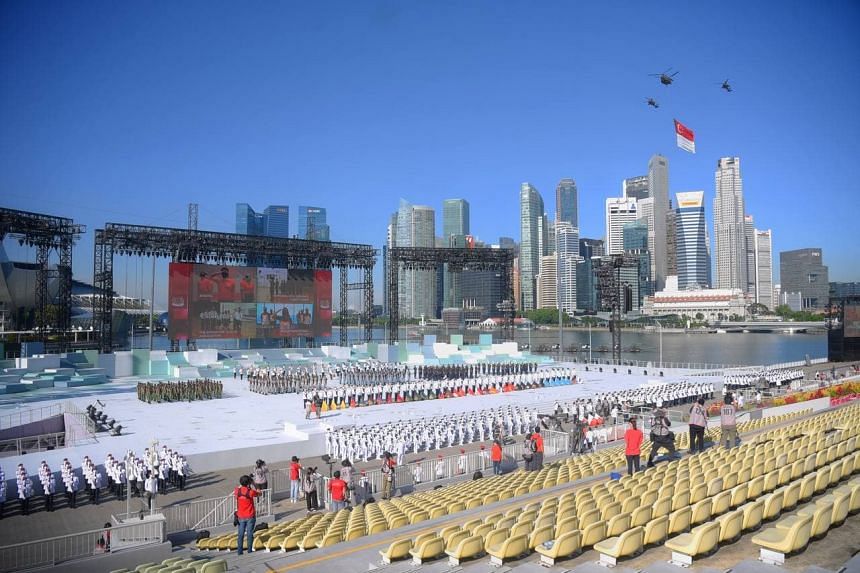