Singapore is well known for affordable housing and in tandem, high home ownership rates.  A major contributor to affordable housing are government-built apartments by the Housing and Development Board (HDB). In 2001, HDB launched the Built-To-order (BTO) system, replacing the Registration for Flats System (RFS). This gave potential homeowners a clear timeline on the completion of their flats as well as their preferred location and flat type.

In 2021, despite the COVID-19 pandemic, Singapore’s appetite for housing remained stronger than ever, with almost all new BTO launches oversubscribed by 3-5x in 1 day.

Will this continue to be the case? Let’s take this chance to analyse BTO Trends to watch in 2021. 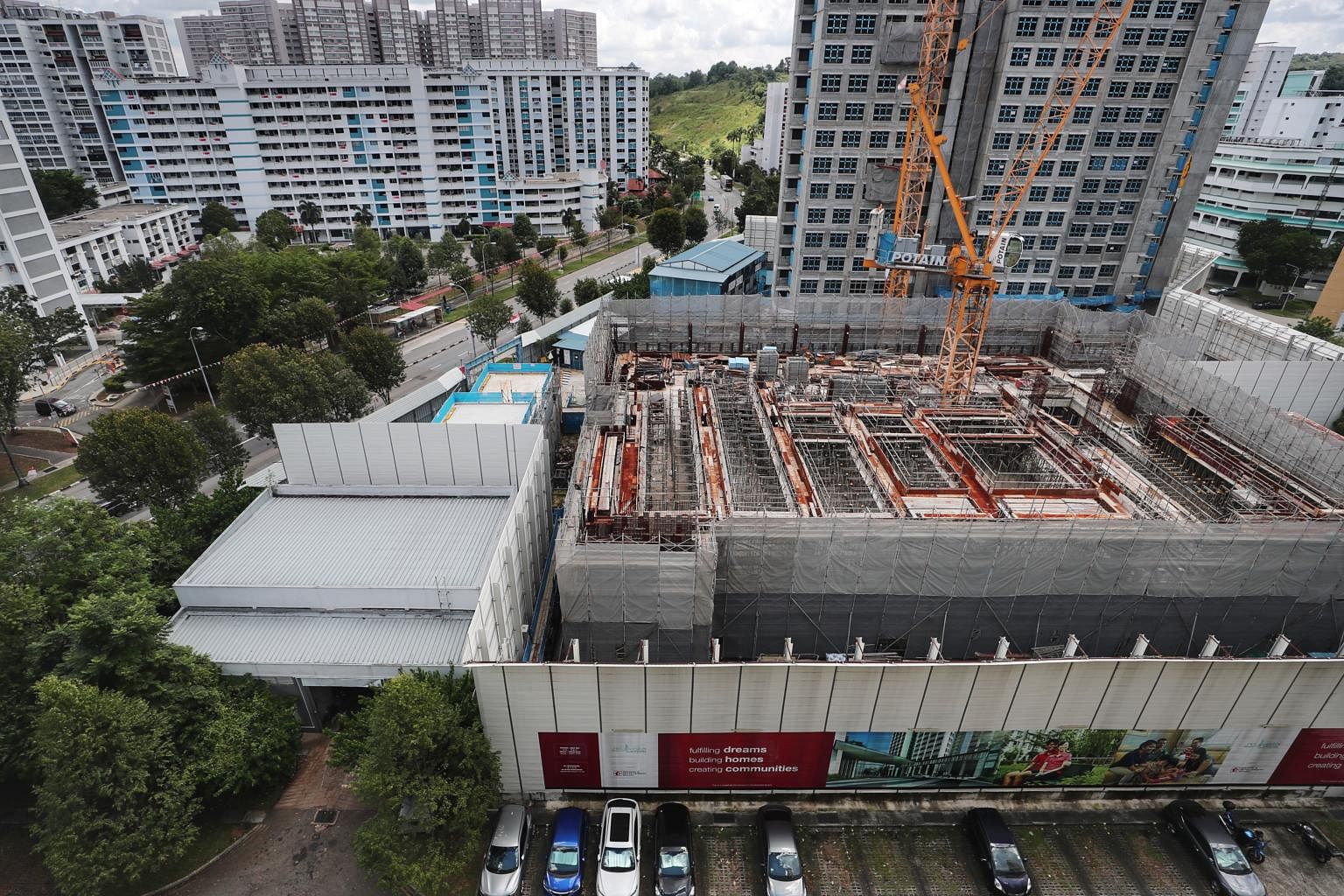 In April 2021, the Singapore Contractors Association Limited said home buyers in Singapore will face longer wait times for both BTOs and private housing. Pointing to travel restrictions, contractors face difficulties with construction worker inflow and rising cost of raw materials. This adds on to delays caused by work suspensions during 2020’s circuit breaker and the tight rules placed on workers living in dormitories.

Lawrence Wong, co-chair of the COVID-19  multi-ministry task force hinted at delays of more than a year for BTO projects, with HDB announcing that about 85% of BTO project were behind schedule. Homeowners have also reported delays in keys collection, extending the already more than 5-year wait time for flats.

National Development Minister Desmond Lee notes that there are no plans to cut back on the supply of BTO flats in 2022 and they are on track to launch 17,000 units this year, but it seems unlikely that all projects will remain on schedule given the deteriorating COVID-19 situation in Singapore and uncertainty over the financial health of contractors. 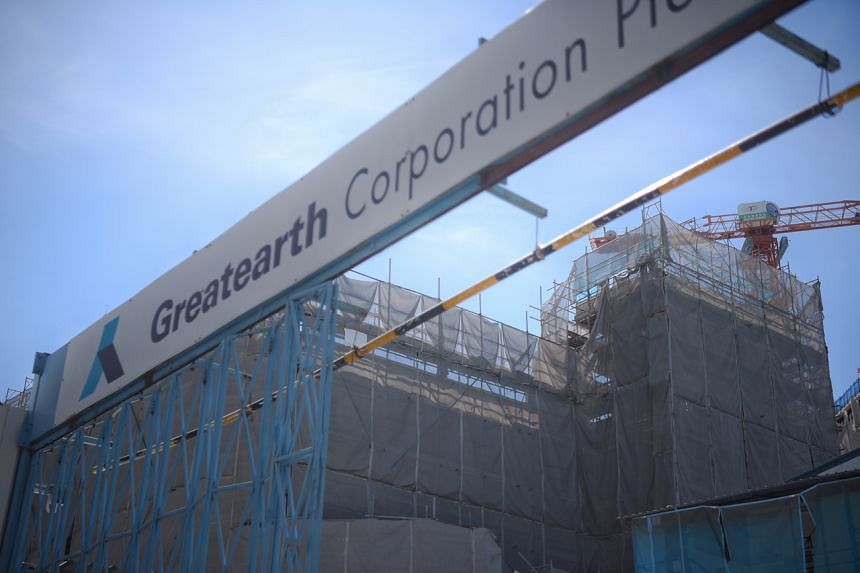 The collapse of Greatearth are symptoms of an already tight margin industry facing supply constraints and increased cost due to COVID-19 measures.

HDB has since thrown a lifeline by locking in prices of raw materials such as steel and concrete to ensure construction progress remains on track, among previously announced measures to support contractors and co-share of increased costs.

It remains to be seen if HDB’s efforts are enough to curb the rising cost of construction, but HDB does look like it will try its best to ensure that contractors are kept afloat to complete already delayed projects.

HDB rentals on the rise as families wait for BTO 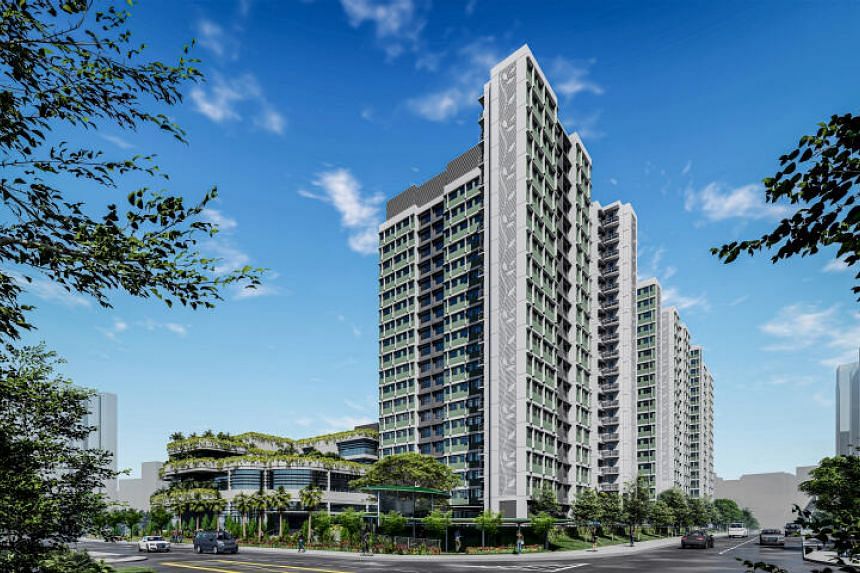 With delays of more than a year added on to the usual 3-5 year wait for BTO flats, HDB announced more rental flats will be offered to support families waiting for their home completion. More than 800 additional flats will be set aside over the next two years, doubling the existing 840 under the Parenthood Provisional Housing Scheme (PPHS). This comes after applications for interim rental housing doubled from 1,370 in 2019, to 2,350 in 2020.

Applications for the PPHS are held once every two months with a household income ceiling of $7,000 to ensure that flats are allocated to those who are less able to afford renting in the open market.

It is interesting to note that HDB mentioned how only half of those invited to select a flat actually did so, indicating that these housing needs may not be that urgent.

In the open market for HDB rentals, rental yield is on the rise, especially as more foreign workers e.g. Malaysian workers, have turned to the rental market as they stay in Singapore long-term for work purposes.

For homebuyers who are unable to wait, they might consider cancelling their bookings to purchase resale flats or private housing. In 2020, approximately 1700 buyers cancelled their BTO flats, of which around 1,300 appealed to waive penalties.

Cancelling BTOs are not without consequences. Penalties include forfeiting the option fee or 5% of the flat purchase price and homebuyers would have to wait for a year before they are able to apply for subsidised housing again.

HDB however granted waivers to a third of appeals, citing the inconvenience and disruption brought by delays in constructions and the increased number of buyers looking to buy a resale flat due to urgent housing needs.

In 2021, while buyers continue to explore cancellations, it remains to be seen if HDB will allow waivers. HDB resale flats are increasingly out of reach for new buyers as prices are nearing all-time highs, pushing newlywed couples to just decide to stick with their BTOs and wait out further delays.

BTO launches typically occur once every quarter in February, May, August and November each year.

In the latest August 2021 launch, HDB launched 4.989 BTO flats across seven housing projects in 5 estates, including first-in-a-decade projects in Queenstown and Jurong East.

The astonishingly high numbers means that chances of getting a 4 room in Hougang and Jurong East are 4% and 6.6% respectively.

Moving forward, this could have spillover effects to the resale or private housing markets. The increased popularity in non-mature estates may signal a shift in trends, but this may also be because of specific characteristics of each BTO project.

Beyond the mature/non-mature classifications of BTO, the allocation of BTOs in prime areas near the central business district are increasingly scrutinised. This comes as an increasing number of million-dollar HDBs enter the resale market.

The Greater Southern Waterfront was recently slated for BTO development and questions have been raised if these projects would remain affordable and accessible, or just a lottery for those lucky enough to secure flats.

After several months of discussion and speculation, the government has just announced the new regulations for prime location public housing (PLH).

According to National Development Minister Desmond Lee, there will be at least one prime location public housing project launched each year, but the exact proportions will differ year on year.

The pool of resale buyers of these prime HDB flats will be limited to households who earn not more than $14,000 a month and at least one applicant must be a Singapore citizen.

To ensure buyers are genuinely buying the flat to live in, instead of hoping to flip it for a windfall, the MOP for prime location HDB flats will be extended from the current 5 to 10 years. Owners will also not be allowed to rent out their whole flat at any point in time, even after the MOP is over.

Another hotly debated topic on the future of BTOs is the accessibility of BTO flats to singles. Currently, there is a Single Singaporean Citizen scheme where Singaporeans above 35 are allowed to purchase BTOs 2-room flexi units in non-mature estates. The Joint Singles Scheme is for joint ownership for up to two to four single Singaporeans and must not have owned private property in the past 30 months.

With marriage rates on a downtrend, questions have been raised if HDB’s pro-family policies should be tweaked to allow singles greater flexibility in owning BTOs.

HDB has a difficult job in resolving the current supply bottleneck, as well as planning for public housing in prime areas.

It’ll be interesting to observe how the BTO market reacts, especially in prime areas, in tandem with the red-hot Singapore private property market in the coming quarter.

Financial Horse loves to hear from readers, and can be reached at admin@financialhorse.com