Hedge funds are funds that carry higher risk than most other asset classes due to the methods used to drive returns. Hedge funds commonly use derivatives, leverage, and speculative strategies to drive outsized returns for their investors. They can utilise such strategies because they are not subjected to the same regulations as mutual or exchange-traded funds.

Hedge Funds can be said to be the ultimate manifestation of Wall Street’s excess, from the amount of assets they manage to the eye-watering pay of the top Hedge Fund managers. Given that a hedge fund’s manager is almost as important as the fund itself, they are amongst Wall Street’s most influential personalities.

In this article, let’s discuss the Top 10 hedge funds in the world, analysing their influence in finance, and their role as an investment vehicle for large institutions, pension funds and high net-worth individuals.

Renaissance Technologies, founded in 1982 by James Simons, manages approximately $130 billion and is one of the world’s most famous quantitative hedge funds, using mathematical and statistical methods to trade. The American fund is known to be secretive in its trading strategies as well as its exceptional returns.

The fund is most widely known for its Medallion Fund which averaged 71.8% annually from 1994 to mid-2014. In 2020, the Fund surged 76%. The company achieved this by utilising strictly quantitative and statistical models to predict, and profit from market movements. 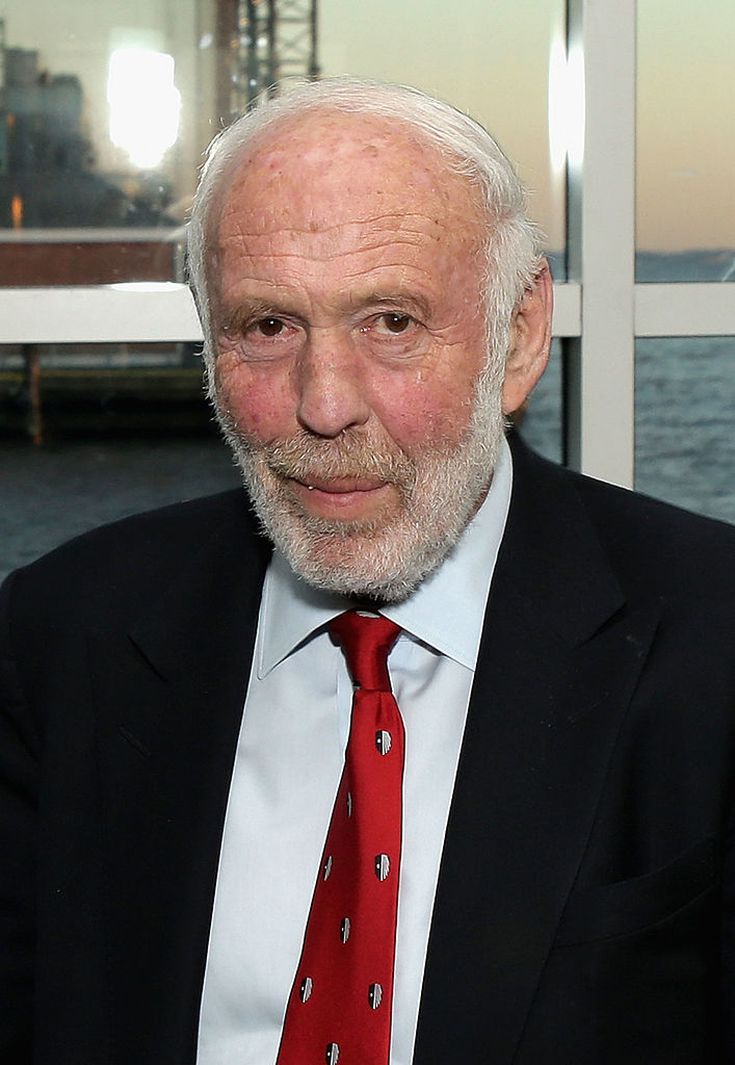 In the process of building this hugely profitable hedge fund, its founder, Jim Simons, has built a mega fortune. He is estimated to be worth USD$ 25.5 billion, making him the 61st richest person globally.

Renaissance Technologies has 2 parts, public hedge funds which are open to outside investors, and the Medallion Fund which is meant solely for employees. 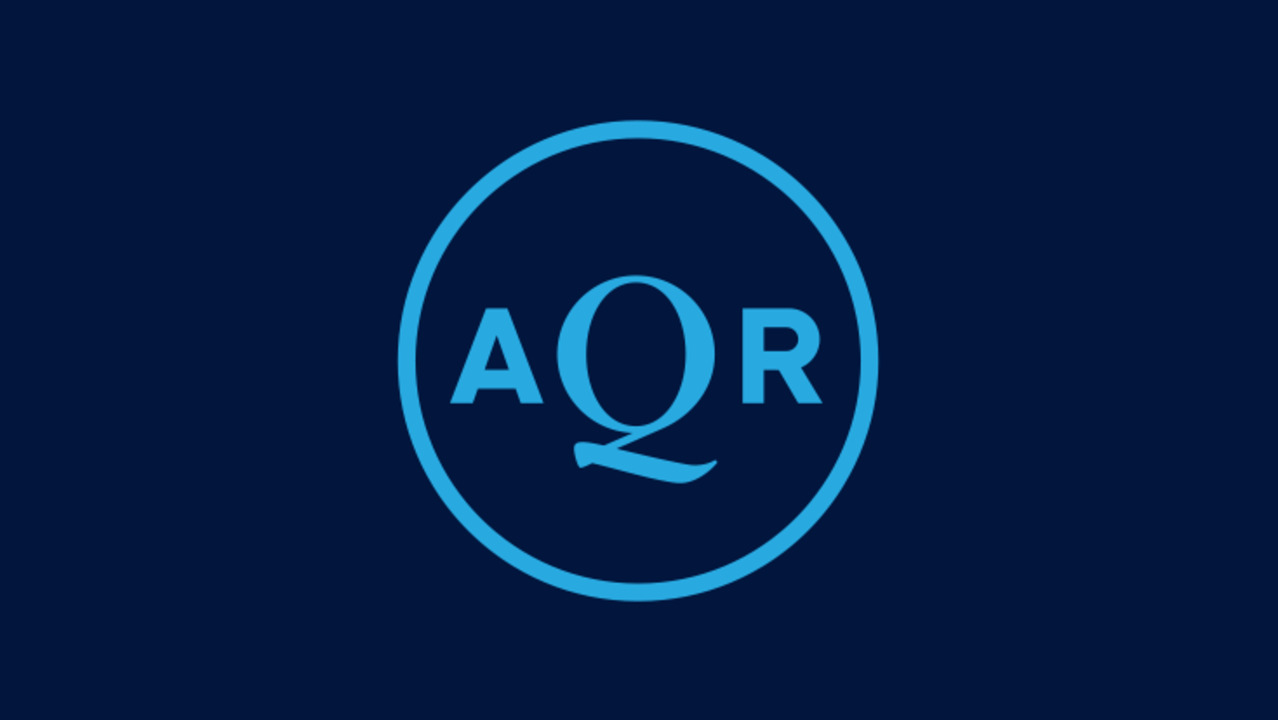 AQR (Applied Quantitative Research) capital was founded in 1998 and is one of the world’s largest hedge funds, managing approximately $143 billion globally. The fund is based in Greenwich, Connecticut, United States and employs a wide range of quantitative and qualitative investment strategies.

The firm is one of the first investment managers to offer alternative mutual funds, launching a wide range of mutual funds in 2009. These performed strongly when first launched, with funds returning more than 17% in 1 year.

Citadel Advisors is a United States based hedge fund under the Citadel group of companies. Citadel manages more than $43 billion as of January 1st 2022 and is among one of the most influential financial firms on Wall Street.

Citadel’s Founder, CEO and Co-CIO, Kenneth Griffin, started trading out of his Harvard dorm in 1987 at the age of 19 and founded Citadel 3 years later in 1990, when Griffin was just 22.

Initially starting with $4.6 million assets under management, Citadel had more than $1 billion in invested capital by the end of 1998.

Griffin is one of Wall Street’s highest paid hedge fund managers, earning $1.5 billion in 2019. He is estimated to be worth $21 billion and is the world’s 119th wealthiest person.

In 2021, Citadel Securities, a separate and distinct business to its asset management business made headlines for its role in the GameStop’s short squeeze. Commenters blame Citadel for preventing trades on Robinhood, one of US’ largest mobile trading applications, to protect Melvin Capital, one of Citadel’s investments who was one of the biggest losers from the GameStop short squeeze.

For Griffin, the growing divide between share prices and fundamental values is a point of rising concern, for instance Tesla. “I never thought we’d let our stakes be dictated by a poll on Twitter,” said Griffin, who added he has known Musk for a long time. “We live in a whole different world.” 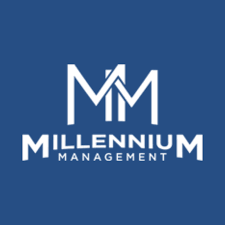 Millennium Management is a United States based hedge fund with more than $57.5 billion assets under management. Millennium was founded in 1989 by Israel A. Englander who is currently the Chairman, CEO and co-CIO.

The fund is also one of the world’s most successful, having produced an annualised return of 13.7%. Since 1990, their flagship fund has not had a negative year other than 2008.

Millennium is unique in the way it manages the money. Its flagship fund is almost like a fund-of-fund multi-strategy fund which is independently run by more than 280 investment teams. Each investment team is given autonomy to manage their allocated monies and drive their own returns, while the firm provides additional resources and technology to support individual portfolio managers.

In late 20201, Millennium returned a whopping $15 billion to investors in a bid to create a more stable capital base. The Fund returned money to investors with a share class that allows them to fully redeem their invested capital in a year. The new share class allows for only 5% withdrawal each quarter and longer 3/5-year terms. This longer lock-up of investor’s capital aims to create a more conducive environment for portfolio managers and allows Millennium to make internal investments.

Tiger Global is a United States based hedge fund founded in 2001 by Chase Coleman. It manages more than $35 billion across its hedge fund, public equities investment strategy. It manages another $60 billion in private equity capital. 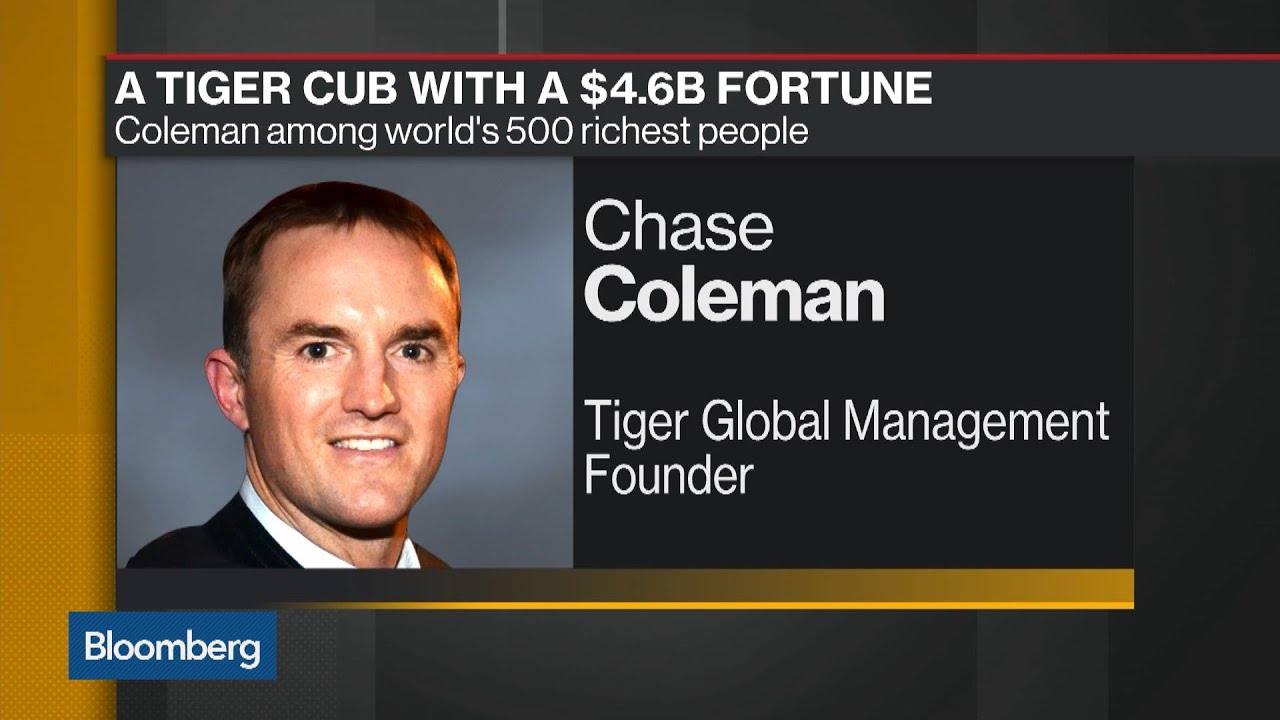 Its founder, Chase Coleman, is a protégé of Julian Robertson of Tiger Management and is one of the approximately 30 “Tiger Cubs”, a group of highly successful fund managers who started their fund management careers with Tiger Management. Coleman is also one of wall street’s highest paid managers, earning $1.4 billion in 2019.

Tiger Global started its venture capital unit in 2003 which has grown to be one of the largest start-up investors in the world. Despite its size, Tiger Global executives rarely speak to the media and the firm is very low-key compared to comparable funds. A quick visit to their website will tell you they are not here to impress with catchy slogans or graphics.

Point72 is a relatively new United States based fund founded in 2014, but its history goes back to 1992 as S.A.C Capital Advisors.

S.A.C Capital Advisors was a group of hedge funds founded by Steven A. Cohen which got caught up in a insider trading scandal in 2010. In 2013, several employees of the firm pleaded guilty to insider trading, paying $1.2 billion in penalties.

Point72 was then created as a successor to S.A.C Capital. Initially Point72 functioned as the Cohen family office and only invested the founder’s as well as selected employees’ money. It was only in 2018 when the fund opened to external capital.

Point72 is one of the few hedge funds with a structured academy to train students and new graduates in technical skills. Most hedge funds do not hire fresh graduates or allocate much resources to undergraduate internships.

In 2021, Point72, alongside Citadel mentioned earlier, were caught up in the GameStop fiasco, having contributed capital to Melvin Capital. Point72 was reported to have lost $500 million in its investment in Melvin Capital. 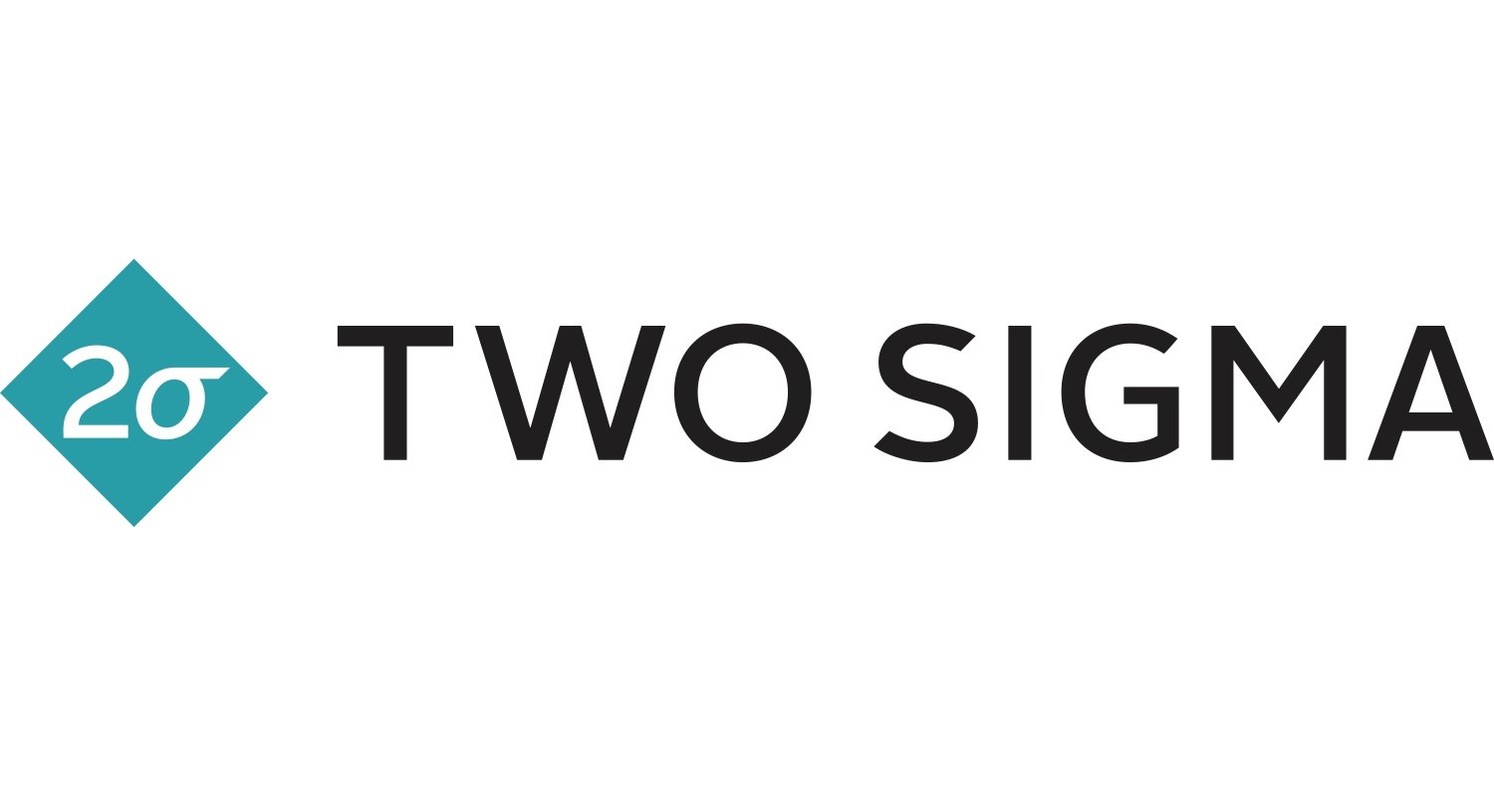 The firm was founded in 2001 by John Overdeck, David Siegel and Mark Pickard. John Overdeck is an International Mathematical Olympiad Silver Medalist who subsequently studied mathematics at Stanford University, and David Siegel has a computer science Ph.D from the Massachusetts Institute of Technology (MIT).

Both worked at D.E. Shaw, another highly regarded quantitative trading firm, before venturing out to start Two Sigma.

The firm currently manages more than $58 billion in AUM  across 7 different strategies. It also sells a trading management software, Venn, which is used by other financial institutions to optimise their portfolios.

Two Sigma has a strong focus on community led initiatives, with multiple programs to test computational skills of interested members. One of such programs is Halite, an open-source computer programming contest which tests participants in a two-dimensional virtual battlefield. The contest has had 5 editions since its start in 2015. Bridgewater Associates is a United States based investment manager founded in 1975 by one of Wall Street’s greatest investors, Ray Dalio, who serves as the co-Chairman and co-CIO of the company. The firm has the highest AUM in the world, managing $223 billion as of July 2021.

Ray Dalio is a highly regarded investor in the finance world and popularised the use of many common trading strategies. In 2019, he was paid a whopping $1.1 billion and is worth $20 billion.

Nevertheless, Ray Dalio remains a popular cult figure among millenial investors, especially with the publishing of his books (Principles is a must-read) and valuable YouTube Channel.

Man Group is a United Kingdom based hedge fund which stands out among the US-dominated world of hedge funds. Man Group has a unique history of being initially a sugar cooperage and brokerage, and is now the world’s largest publicly traded hedge fund, managing US$139 billion.

Man Group believes that technology will play a key role in the future of active management. They collaborate with the University of Oxford on machine learning techniques through the Oxford-Man Institute, and seek to hire the very best quantitative talent and invest in cutting edge hardware, such as GPU computing.

Elliott Management Corporation is a United States based investment management firm and is one of the largest activist funds globally. Founded in 1977, Elliott is one of the oldest fund managers under continuous management. The firm manages approximately $48 billion in assets.

The firm was founded by Paul Singer, who is the Founder, President, Co-Chief Executive Officer, and Co-Chief Investment Officer of Elliott.

Elliott Management has on multiple occasions built up stakes in companies as an activist investor. In 2021, it took up a significant stake in Toshiba, the troubled Japanese industrial producer, and Dropbox, the American cloud storage provider to boost its profitability.

While many are split on the benefits of activist investing, Elliott Management remains a force to reckon with on Wall Street.

Many of the world’s best hedge funds share a few common characteristics. Most have more than 20 years of investing history, and many are founded by super-star managers.

In recent years however, questions have been raised about the effectiveness of investing through hedge funds, especially with scandals reporting illegal behaviour driving their returns, and hedge fund managers being paid eye-watering amounts of money.

Through the Game Stop saga, it also revealed a long-building anger and resentment of average Americans towards those at the top of the capitalist food chain, hedge funds. The Archegos Capital scandal earlier this year also served as a reminder of the dangers posed by extreme leverage, secret derivatives and rock-bottom interest rates.

Nonetheless, hedge funds remain a key pillar for mega institutions to manage their assets and hedge funds will continue to rule on Wall Street.