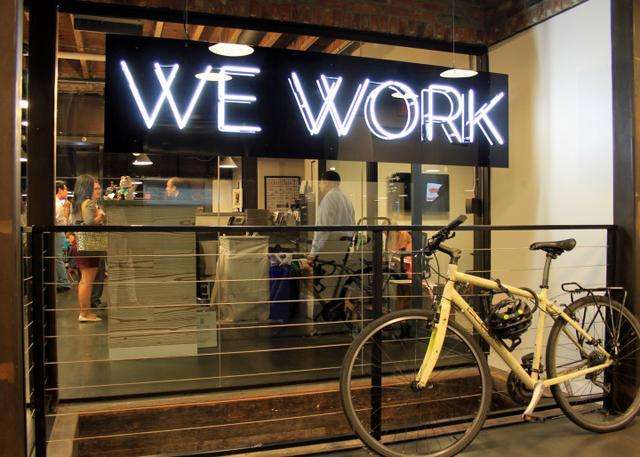 This article first appeared on Patron on September 14. If you enjoy reading such analysis, do consider signing up as a Patron! 🙂

There are a couple of interesting trends that I wanted to talk about in this week’s Tech Thoughts.

The first is the WeWork IPO.

WeWork’s last private valuation was $47 billion. So they tried to launch their IPO at the $30 to $40 billion range, but it’s been quite clear that’s not going to happen. Investors are just not going to buy.

After multiple revisions and changes to the company structure (to improve corporate governance to placate investors), the latest rumour is that they’re looking at something in the $10 to $20 billion range.

That’s a massive discount to the last done private valuation of S$47 billion.

Of course, if they go ahead at this price, it’s going to translate into huge mark to market losses for their biggest investor, Softbank. Which, of course, is why Softbank is strongly opposed to going ahead with the IPO.

Update: Latest news is that the IPO has been delayed until October at the earliest.

At the same time, Uber’s share price has fallen from its IPO price of $45 to a latest price of $33, which is about a 27% collapse.

The past week, Uber also announced a number of jobcuts across its teams, in a bid to improve profitability.

This was supposed to be the year of big tech IPOs. The year that PE funded tech companies finally went public, and allowed public shareholders to participate in the growth story. It was supposed to be big and glorious, a celebration of the new world economy and its financing structure.

Well, the reality could not be further from that. Public investors are just not biting.

The way I see it, there could be a couple of reasons to this:

1. Global Macro is slowing down

Global yields have fallen significantly, centrals banks are talking about a new round of stimulus, and investors have generally become more cautious.

In such an environment, do you really want to be betting big on a company that doesn’t make a profit, and whose business model is to grow its customer base by providing services below market price?

2. They waited too long to IPO

If WeWork / Uber IPO-ed two or three years ago, when they were still pulling insane growth numbers, and if they had gone to market with a smaller valuation, would they have sold more shares?

We’ll never know, but had they done so, I probably would have bought into the IPO.

Just look at the CloudFlare IPO, which priced at the top end of it’s range, and had a nice 20% pop on day one.

So I genuinely think that WeWork/Uber, and the PE backers, may have gotten too greedy, and stayed private too long.

By the time they wanted to IPO, market conditions, and market expectations had already shifted.

What does this mean?

Interestingly enough, the past week also had very interesting price movements in the market, where momentum stocks underperformed, while value stocks had a nice surge. It’s probably unrelated, but it does serve as a reminder that while the past 10 years have been all about growth/momentum stocks, that wasn’t always the case. There was a time when value investing was all the rage.

It’s still very early days, but I have a suspicion that some time in the coming years, there will be a paradigm shift in the market away from growth, and more towards value stocks, with a greater emphasis on traditional profitability metrics.

If so, cases like WeWork and Uber could merely signify the early stages of a broader, multi-year trend. And companies like WeWork or Uber will need to adjust their business model to prioritise profitability. This would mean less excess, less subsidising of customers services, and less growth at all costs, in favour of a better thought out corporate strategy.

In some ways, China’s tech space may even be slightly ahead of the curve here, because credit for many Chinese startups started drying up in 2017/2018, so the startups that remained had to optimise for profitability, and learn to make do with less.

So the excesses from Ofo and Mobike went out the window, and were replaced with the Didi / Meituan bike sharing model, where bike sharing became part of a broader customer acquisition and service offering strategy, and had profitability in mind from an early stage.

It’s still very early days, but this mindset shift may need to happen in the American/Asian tech/startup space soon. But as China has shown, forcing startups to refocus on profitability, and driving unproductive business models out of the marketplace, may not necessarily be a bad thing.

And from an investor perspective, it’s an important lesson to be extra cautious on the Uber/WeWork style business models where profitability is still uncertain (eg. Grab if you are a private investor), and perhaps more in favour of those who already have a clear business model and strong profits (Google, Alibaba, Tencent etc).

Post Note: PE Firms are also going to be impacted, because the viability of IPO as an exit strategy is now being called into question. But at the same time, there’s just so much private money floating around these days in VC/PE Firms waiting to be invested, so it’s interesting to see how this dynamic will play out over time.

What do you guys think? Share your comments below!

Support the site as a Patron and get market and stock watch updates. Big shoutout to all Patrons for their support! Like our Facebook Page and join the Facebook Group to continue the discussion!