Heralded for having one of the world’s highest home ownership rates, Singapore prides itself in providing high quality public housing through Housing and Development Board (HDB) flats, which exist in parallel with private property.

In 2020, around 80% of the resident population in Singapore lived in HDBs, which demonstrates its core importance in the local property market.

Previously, we discussed BTO trends to watch. In this article, we will analyse the resale flat market.

Note: We just launched the FH Property Series of Articles (completely free). Learn everything you need to buy a property in Singapore.

Check out Part I on How to Pick a Property in Singapore.

HDB Resale Prices in Singapore at All Time Highs

As discussed in our BTO article, significant supply side issues including construction delays, are pushing up demand. The long BTO waits have also forced many to turn to the resale market.

Industry experts also note that as private property prices balloon, an increasing number of buyers are left sandwiched, priced out of private property, and turning instead to resale flats.

Given the current supply and demand, the resale market will likely remain hot, as there are not many alternatives.

Cash Over Valuation keeps going up

With the increase in resale HDB flat prices, there is also an increase in the number of buyers who paid “cash over valuation (COV)”.

COV occurs when a resale flat is sold above HDB’s valuation, and the difference between the transacted price and HDB’s valuation can only be paid in cash by the buyer.

Experts concur that increased COV paid may lead to further increases and volatility in resale prices as peer benchmarks for similar types of flats get pushed further and further away from HDB’s valuation, making it less relevant as a good pricing gauge.

With the recent restrictions imposed on BTO flats in prime locations, many are also wondering if the government’s attention will turn next to the resale market, as red-hot prices are looking unsustainable.

1.36 million for DBSS Flats in Bishan? 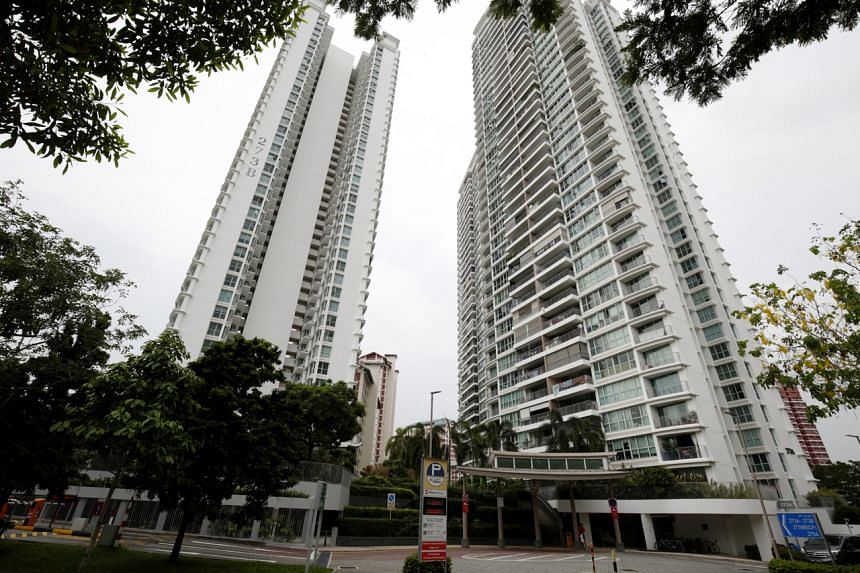 Beyond the broad rise in transactional volumes, resale flats transacted in the top range of more than $1 million have also increased significantly. With prices of resale flats typically not exceeding $700,000, this is a noteworthy trend.

In July 2021, the highest ever amount for a HDB flat was recorded, with a five-room flat in Bishan changing hands for $1.29 million.

Most recently in October, a five-room HDB flat in the same project in Bishan, changed hands for an all-time record $1.36 million, three days after it was put up for sale.

Amongst these transactions, the majority were actually from Design, Build and Sell (DBSS) flats. HDB flats built under the DBSS scheme are built by private developers but are sold and classified as HDBs. These HDBs have features such as balconies, floor-to-ceiling windows and interiors resembling private condominium flats.

Moreover, these flats are quite exclusive, given that only 13 DBSS projects totalling approximately 8,600 units have been launched and the DBSS scheme has been discontinued since 2012. As a result, these flats can only be purchased on the resale open market – hence attracting a very high premium.

It is also worth nothing that the locations of these projects – notably, Bishan with the record-breaking transactions, are not technically considered a “prime location” under the new government regulations. However, given the price trends, it is quite obvious that there is significant popularity and demand for housing in non-central core region locations as well.

Popular school districts play a large role. One notable aspect of Natura Loft, the project in Bishan with the record-breaking transactions, is the number of popular schools nearby.

Who are buying these million dollar HDBs?

Due to the trend of “lottery” HDBs in recent years, many buyers have flocked to HDBs with the intent of “flipping” their property after the traditional 5-year minimum occupation period (MOP).

To combat this, the government’s recent regulations for prime location flats impose a 10-year MOP.

“On balance, we thought that the longer MOP was indeed warranted – to emphasise owner-occupation and reduce speculative demand, which would be greater for flats in such good locations,” said National Development Minister Desmond Lee, adding that HDB data indicates that most people live in their flats for more than 10 years before selling them.

This suggests that the intention for HDB ownership is for owner-occupation, away from the current trend of buyers looking for an upside.

That being said, there is still a high proportion of genuine buyers, who may not be able to qualify or wait for a BTO, and are priced out of the private property market, forming a sandwich group of buyers who turn to the resale market.

Additionally, there is also a significant proportion of buyers, who prefer to spend the extra cash on renovating their homes, rather than pay the huge premium for a condominium.

It is not uncommon to hear of newlyweds, forking out close to $100k on renovations for BTOs, which usually transact for between $400-600k. That means close to a quarter of the flat’s purchase value was spent on renovations.

Given that private property prices have increased considerably over the past year, potential upgraders may also end up putting off plans to upgrade, and instead put the money towards revamping their homes.

For example, this sophisticated luxury themed 5-room HDB owned by a couple in their 40s.

The entire apartment was overhauled, including the reconfiguration of the layout, demolition, plumbing, electrical work, masonry and glazing works. The renovation, which took 4½ months, involved building “bespoke cabinetry that focused on simple lines and symmetry and the fusion of natural stone, wood and an aesthetic blend of metallic profiles”.

How attractive is the Rental Yield for a HDB?

Given the delays to the completion of BTO flats – whereby couples need to find temporary accomodation before their BTO flats are ready, and increased demand from Malaysian workers who previously used to commute across the border and are now living in Singapore instead, rental demand for HDB flats has increased.

According to Edgeprop, HDB rental yields trend in the 5-7% range, more than double the 2-3% of private condominiums. This trend seems to be consistent between different regions in Singapore.

However, there are significant restrictions to HDB rentals, which does lower the investment potential. For instance, the MOP of five years and HDB approval in order to rent your flat. Moreover, HDB upgraders who retain their HDB flats whilst owning a second property, have to pay an additional 12% additional buyer stamp duty (ABSD).

Under the latest government regulations, for flats under the new “prime location” model, owners are only allowed to rent out rooms – and not the whole flat.

Moving forward, we will continue to watch how the HDB resale market adapts to the new prime location rules, as well as the continuing supply crunch.

Do you think the government will move to regulate resale HDBs? Will there be an expansion of the current definition of “prime locations” to include other hot areas? Comment below!