Vaccines are a national priority but not ‘silver bullets’ for reopening, Singapore minister says (CNBC)

Credit Suisse overhauls executive board as it estimates Archegos fallout at US$4.7 billion (CNA)

Credit Suisse on Tuesday said it was replacing senior managers, halting its share buyback programme and slashing its 2020 dividend as it grapples with the estimated 4.4 billion Swiss franc (US$4.69 billion) fallout from its relationship with Archegos Capital Management LP.

Chief Risk Officer Lara Warner and investment banking head Brian Chin will both leave the bank in April, Switzerland’s second largest lender said. The bank said it now expects to post a pre-tax loss of roughly 900 million francs for the first quarter, as its strong performance in the quarter was wiped out by the affair.

“The significant loss in our Prime Services business relating to the failure of a US-based hedge fund is unacceptable,” Chief Executive Thomas Gottstein said in a statement. “Serious lessons will be learned.”

A Singapore resident who is reportedly married to a Singapore citizen, Hayes on Tuesday (April 6) surrendered to the United States authorities in Hawaii, six months after federal prosecutors in New York accused him and his BitMEX co-founders of conspiring to skirt US laws requiring the implementation of money laundering controls. He appeared before a federal judge in Honolulu and, pursuant to an earlier agreement, was released on US$10 million (S$13.4 million) bond pending future court proceedings in New York.

PM Lee asks for his name, photo to be removed from BitClout crypto platform that monetises Twitter profiles (Straits Times)

PM Lee said in a Facebook post late on Friday, without naming BitClout: “The site’s creators are anonymous, but I have sent an open tweet out to ask that my name and photo be removed from the site immediately, as I have nothing to do with the platform. It is misleading and done without my permission.”

He urged Singaporeans to remain vigilant when dealing with cryptocurrency platforms. “If you deal with entities not regulated by the Monetary Authority of Singapore (MAS), remember: You won’t be protected by the laws administered by MAS. “Before making any investment, please ensure that it is genuine and legitimate, so that you will not fall prey to scams.”

Singapore to have five long public holiday weekends in 2022, amid hopes travel can resume (Straits Times)

There will be five long weekends next year, one more than the four this year, the Ministry of Manpower announced on Tuesday (April 6) in its release on gazetted public holidays. In fact, six of the 11 public holidays fall on a Friday, Sunday or Monday.

As Labour Day and Hari Raya Puasa fall on consecutive days on Sunday, May 1 and Monday, May 2 next year, they will be part of a single long weekend of four days. May 3, a Tuesday, will be a public holiday.

The Government is in discussions with several pharmaceutical companies to manufacture vaccines and therapeutics in Singapore, with a US$130 million facility in the pipeline, said Trade and Industry Minister Chan Chun Sing on Monday (Apr 5).

Messaging-and-gaming behemoth Tencent is opening a hub and TikTok owner ByteDance is on a hiring spree after establishing a regional HQ, while e-commerce giant Alibaba is investing in property and recruiting.

Regulators have launched a blitz on the sector, hitting several firms with heavy fines, and threatening to slice up massive companies whose reach now extends deep into the daily lives of ordinary Chinese.

Singapore companies linked to the global semiconductor value chain are making the most of the surge in demand for goods such as mobile phones, PCs and TVs triggered mainly by the coronavirus pandemic, but risks are looming.

Demand has spiked so much that the industry is fast running out of semiconductors – also known as integrated circuits, microchips or just chips – which are the tiniest building blocks of everything powered by technology.

Since its conceptualisation, the One-North hub has emerged as Singapore’s Silicon Valley, a technology enclave with top-tier companies. Residential options within the area, however, have been few and far between. TID’s upcoming mixed-use development, One-North Eden, has thus attracted strong interest ahead of its launch.

The police report was made by national agency Sport Singapore in April 2017, ahead of the FAS elections held that month. That election was a landmark for local football as affiliates were, for the first time, allowed to elect their leaders. Previous office bearers were appointed by the Government until this practice was found to contravene Fifa’s regulations in 2015.Lawyer Lim Kia Tong was eventually voted as FAS president. His slate of nine, called Team LKT, won the vote 30-13, beating the team Game Changers, fielded by Hougang United and Tiong Bahru Football Club chairman Bill Ng.

The police probe in 2017 was sparked by a revelation of a $500,000 donation by amateur club Tiong Bahru through the FAS to the Asean Football Federation. A police raid was carried out on four locations – the FAS’ Jalan Besar headquarters, and the clubhouses of Hougang United, a professional team in the S-League (now rebranded the Singapore Premier League), Tiong Bahru and inactive former S-League side Woodlands Wellington.

GRADE A offices could lead the recovery of Singapore’s office market in 2021, said a CBRE report on Monday. This comes amid announcements that work-from-home arrangement no longer remains the default arrangement in Singapore.

More flight to quality movements were tracked due to occupiers focusing on higher quality products within the central business district (CBD), said the report. This gave rise to a two-tier market comprising: Grade A (core CBD market) and Grade B (islandwide market). The Grade A market showed resilience with tightening vacancy while the Grade B market continued to grapple with higher vacancy rates.

Both men face one charge each for allegedly accepting a bribe in the form of a hotel stay in Macau worth S$258.42 in 2018. The bribe was “an inducement to advance the business interest of the giver’s company with NParks”, CPIB said.

Said founder and chief executive officer of Mintable, Zach Burks: “The interest in NFTs has been surging in recent months even though they have been around for a while. The reason they had never really taken off is because of the upfront cost or fee of minting an asset – which are known as gas fees. Mintable’s gas-free minting option allows the everyday person to get involved without any prior knowledge in coding or upfront cost of minting an asset.”

Mintable was launched in 2018 as an NFT marketplace built on the blockchain to enable creators and artists to monetise their work while ensuring that consumers can purchase goods with assurance of their authenticity backed by the blockchain.

Grand Hyatt Singapore, which launched its own online grocery store—Grand Marketplace. In line with the hotel’s commitment to sustainability, chef Lucas Glandville and his team have curated a plethora of premium produce and high-quality ingredients directly sourced from farmers and gourmet producers from all over the world. And because the hotel buys these items in bulk, the team is offering these to you at affordable prices.

Parliament on Monday (April 5) approved a contribution of US$20.57 million (S$27.7 million) to help low-income countries tackle the economic fallout of the pandemic, with Transport Minister Ong Ye Kung stressing that Singapore needs to do its part in an interdependent world.

The money will go to three initiatives under the International Monetary Fund (IMF). These are the Catastrophe Containment and Relief Trust, the Covid-19 Crisis Capacity Development Initiative and the Trust for Special Poverty Reduction and Growth Operations for the Heavily Indebted Poor Countries.

Government prepared to sue over ‘Count on Me, Singapore’ saga if needed: Edwin Tong (Yahoo News)

Tong said, “If his claim was right, it would be a direct affront to our own ownership and interest in the national song ‘Count on Me, Singapore’. We thus pressed Mr Mendoza to substantiate his claims. If he could not, then he should withdraw them. We were prepared to initiate legal proceedings, if necessary, to protect our position.”

Mendoza later changed his position and admitted that he had no evidence to support his claims. He then wrote to withdraw his claims, give instructions to remove “We can Achieve” from all social media platforms, and state that he had no intention of attacking Harrison’s integrity or professionalism. 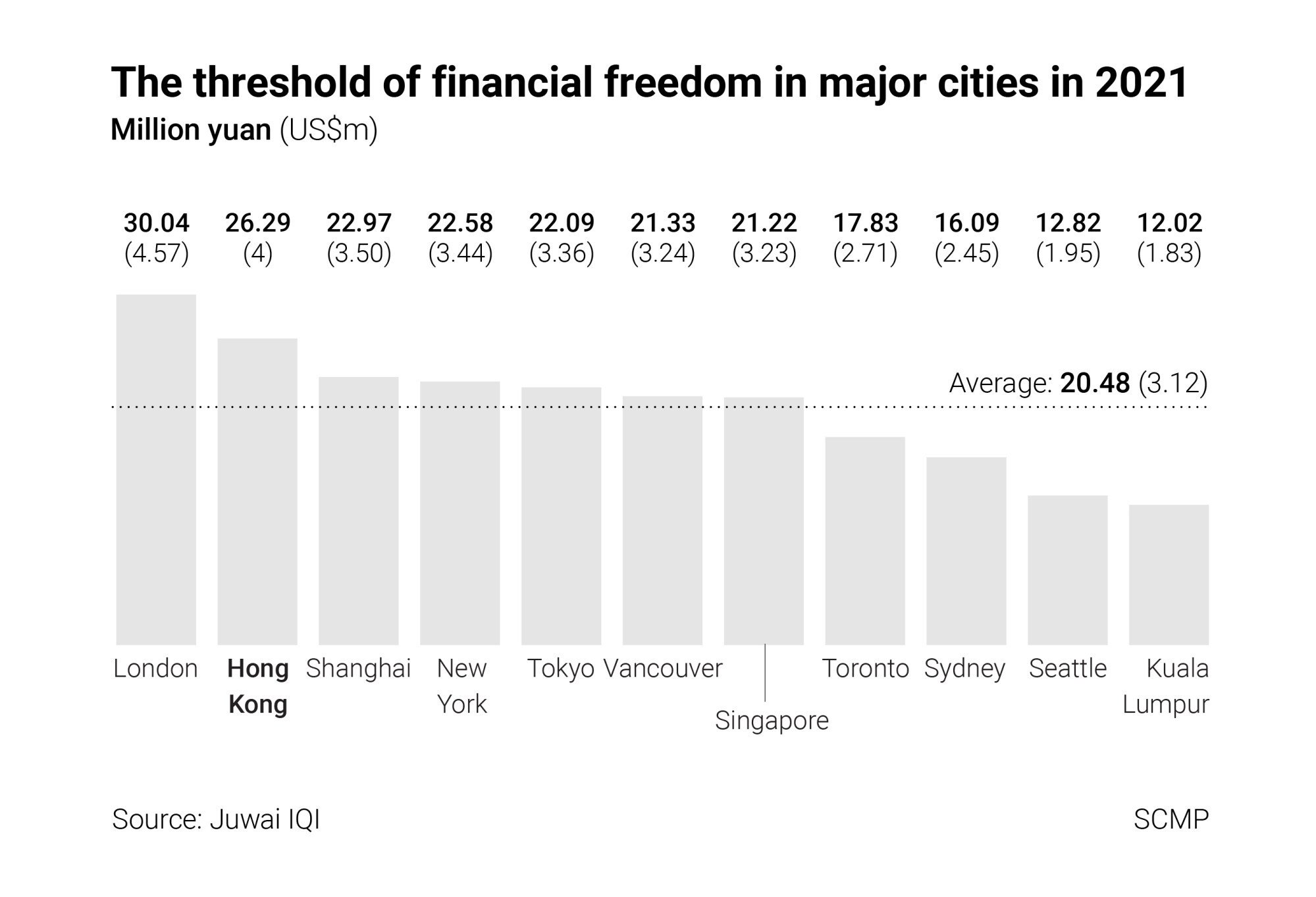