The Metaverse is coming. It just will take longer than Zuckerberg or some Web3 proponents will have you believe.

Search interest on Google peaked in late-2021, partially fueled by Facebook’s rebranding to Meta. Around the same time, Microsoft and others announced similar ambitions. Suddenly, the spotlight was shone on blockchain-based platforms, namely Decentraland and The Sandbox, and the value of their tokens skyrocketed as much as 80%.

Amid the hype, let’s take a deeper look at the key players shaping what is seen as the next major evolution of the Internet.

What is the Metaverse

The metaverse remains a vague concept that is loosely defined because no one knows exactly what it looks like. A good analogy is like talking about “the internet” in the 1970s – builders began to lay the foundations of a new communication medium and people were still figuring out what the end product would be.

The venture capitalist Matthew Ball’s nine-part essay, Framework for the Metaverse, has been influential in defining the eight core categories that will enable the metaverse. 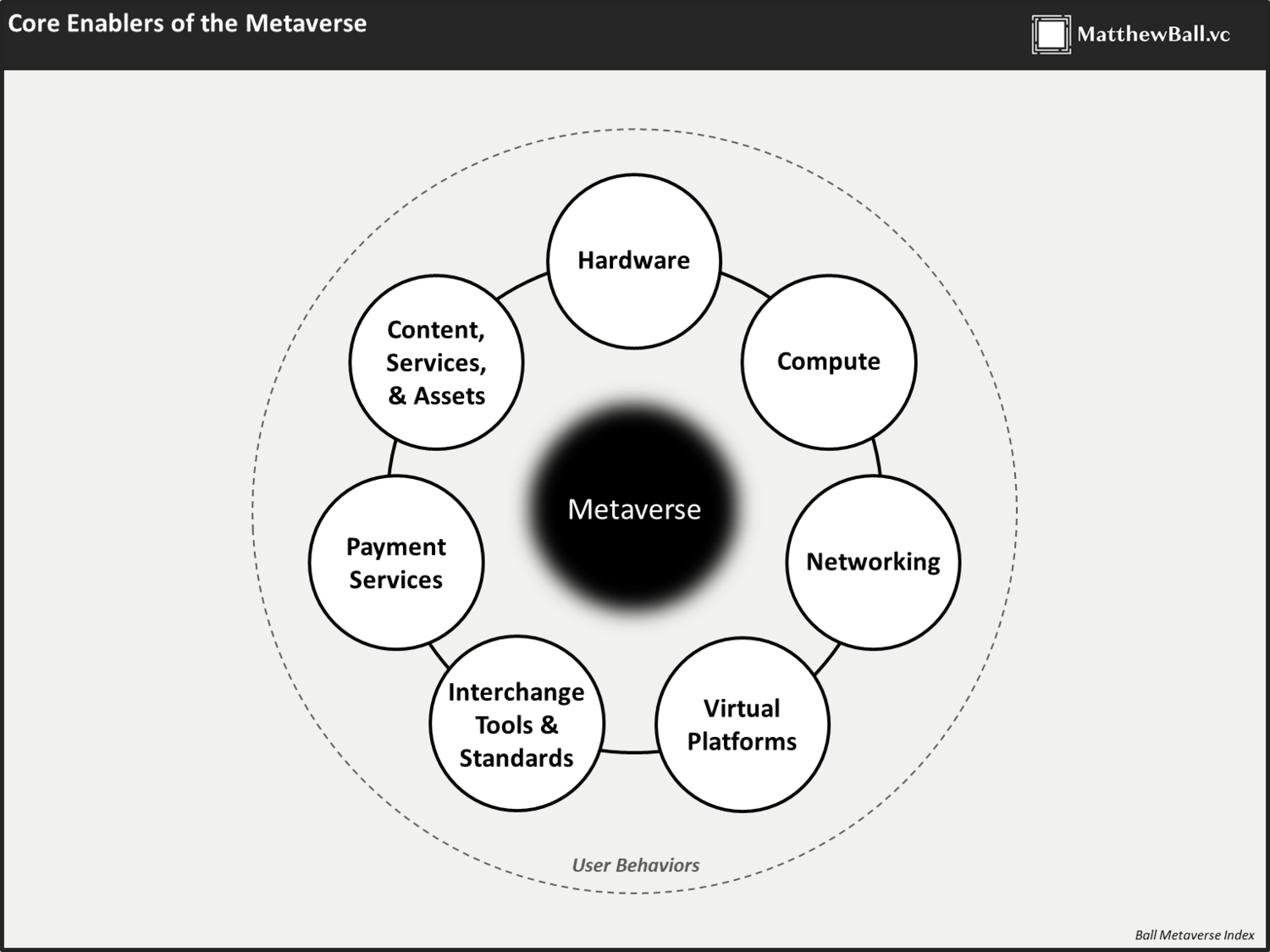 We are currently living in the era of the mobile + cloud revolution. Billions of people carry a personal computer in their pocket, with the cloud allowing applications and data to be accessed from anywhere.

Ball thinks the internet will transform into a shared 3D space where users interact via avatars. The metaverse will be an array of online destinations where you can do everything from hanging out virtually with friends, playing games, shopping and even working. As he defines it:

“The Metaverse is a massively scaled and interoperable network of real-time rendered 3D virtual worlds which can be experienced synchronously and persistently by an effectively unlimited number of users with an individual sense of presence, and with continuity of data, such as identity, history, entitlements, objects, communications, and payments.”

Who’s building it and why does it matter?

Lots of companies and communities are building a metaverse. At a macro level, they can be divided into two categories, each with competing visions for what it should look like.

One on hand, you have companies like Meta and Microsoft, which are building closed corporate Metaverse. These are centrally owned and controlled by these Big Tech companies, housed within their own “walled gardens”. On the other, you have communities and startups building an open crypto metaverse, which is democratically owned and controlled by users.

These are categorised as Web 2.0 and Web3 metaverse respectively. Web 2.0 refers to siloed, centralised services run by a handful of companies. Web3 is an effort to disrupt companies that dominate the internet and return ownership to builders and users.

Which direction the metaverse takes shape will have a profound effect on our lives, especially as we spend more and more time on digital activities. However, as this article will explore, this will take time to play out.

Matthew Ball thinks the “full vision of the Metaverse is still decades away”. For example, the current hardware and infrastructure can’t support a “Ready Player One” type of world where millions of users inhabit a synchronised virtual world in real-time. Then there are other roadblocks like regulatory involvement, change in business policy and consumer adoption to contend with.

Competing visions of the metaverse in Web 2.0 and Web3

So far, our description of the metaverse remains vague. So, let’s take a look at what companies and communities are actually building now. Meta’s rebranding is a strong signifier of how important they think the metaverse will be for its long-term future. The company has also invested an astounding amount of capital to turn the concept into reality.

It started as far as 2014, Facebook purchased Oculus for US$2 billion dollars. Their investment seemed to go nowhere up till the last two years when they ramped up acquisitions of gaming and virtual reality companies – key elements to Zuckerberg’s vision for the metaverse.

Nearly one in five employees worldwide work in the Reality Labs division, which is dedicated to working on Augmented Reality (AR) and VR devices. After the rebranding, Meta announced plans to spend US$10 billion in 2021 alone to build the metaverse.

It said it would acquire several more VR startups. One of them was Within, best known for Supernatural, a VR workout app.

Zuckerberg says his vision for the metaverse is still five to 10 years from being realised. But this short video by The Wall Street Journal explores what this future digital world looks like in its present form.

The host, Joanna Stern, spent 24 hours exploring Meta’s suite of VR apps. She started with games, playing BeatSaber, a rhythm game with lightsabers. Then, she visited AltSpace VR, an app that allows you to hang out with other avatars in virtual venues such as a comedy club.

She used meditation apps to prepare for bed, ate breakfast in Machu Picchu with a llama using the National Geographic app, and had an intense workout using the Supernatural app. She even had work meetings in the metaverse, which she attended as her 3D avatar.

The video makes clear why Meta is going all-in on the metaverse. The current paradigm of mobile-first operating systems is dominated by Apple and Google. The company missed out on building the underlying platform of the mobile revolution.

If the new internet is powered by VR/AR headsets, Meta wants to be able to create its own rules and operating platform. 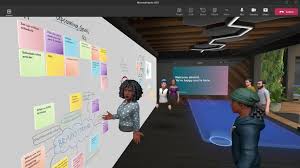 Although Meta is trying to convince the world that social networking is the most natural entry point to the metaverse, gaming is another strong contender. Fortnite and Roblox are prime examples of how easily gaming experiences can flow into purely social ones when people stop playing the game and just hang out.

That is the backstory behind Microsoft’s massive $69 billion acquisition of Activision Blizzard earlier this January. With the purchase, the company will now own popular franchises like Call of Duty, World of Warcraft and Candy Crush – and vaulted up the standings among contenders in the metaverse.

Those games will add to an already impressive roster of existing games, such as Minecraft and Doom. With the merger, Microsoft will become the third-largest gaming company in the world, behind Sony and Tencent.

The direct benefit of the Activation deal is to shore up Microsoft’s gaming unit. The acquisition will instantly make the Xbox and Game Pass subscriptions more attractive. But the second-order effect is on Microsoft’s core enterprise business.

The synergy between the two business units is stronger than you’d think. Much of the technology expected to power the metaverse, including hardware (VR goggles) and software (3D virtual modelling), originates from the gaming world. 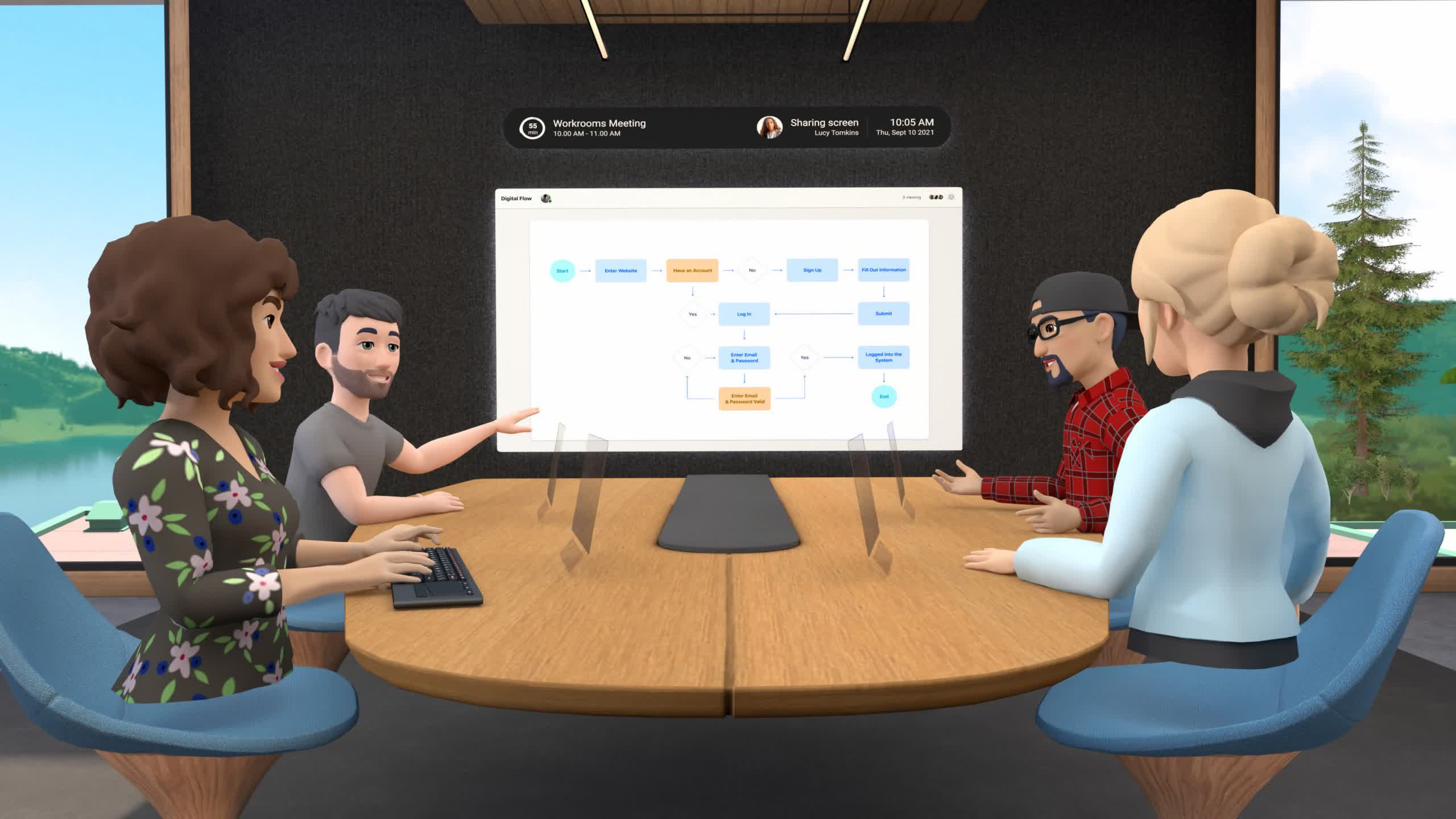 With decades of experience in the enterprise software business, Microsoft has a gigantic lead over Meta. Imagine the thousands of companies already locked into the Microsoft ecosystem – from the cloud (Azure) and enterprise apps (Teams, Office).

For instance, it will be a lot more palatable for businesses to adopt a VR product (Mesh) if it already comes bundled with their existing subscriptions. For employees, using a VR product will also be more seamless if it’s already integrated with Teams and other Microsoft apps.

“Enterprise metaverse” isn’t exactly a sexy, futuristic vision one imagines, but Ben Thomson, author of tech newsletter Stratechery argues workplaces will be the catalyst for mass adoption. That was how PCs entered the home after all.

Most people’s first encounter with computers was at work. Companies were eager to embrace them because they raised productivity. Only after employees realised how useful computers were did they buy one for their home too. Once more people owned personal computers, the market opportunity for developers expanded from enterprise applications to non-work applications like games.

It could very well be that the first major use case for virtual reality will be remote-only knowledge workers. Employers would eagerly embrace them if it means increasing collaboration and “presence” when the workforce is physically separated.

This will create a flywheel effect: more users justify more resources to improve quality, which creates a superior working environment, which then attracts even more users, and so on. Like the PC, some employees will be interested in using VR for non-work activities as well – working out and socialising – thus increasing the market for non-work applications.

The metaverse will very likely be a place where we work and play. Microsoft is unique in being a major force in both areas.

We’ve explored what the metaverse is, and why today’s tech giants Meta and Microsoft are competing to be the leaders in the space.

In the next part of this article, we’ll look at the Web3 startups that want to wrest control away from tech companies.

Web3 aims to take the advanced and modern functionality of Web 2.0 and combine that with the decentralised and community-owned ethos of the early days of the internet. Stay tuned!