The Value Investing (VI) Summit wrapped the 11th year of its annual event, running from 22-23 Jan 2022. The two-day virtual event gathered investing practitioners to share ideas and insights, covering a diverse range of topics from Web3 to value investing principles.

There were several keynote speakers that included:

Here is a recap of what these keynote speakers shared during the VI Summit 2022.

In case you’re unfamiliar with the name, Mohnish Pabrai is the founder and Managing Partner of the Pabrai Investments Funds, which manages $600 million in assets. He also famously bid over $650,000 to have lunch with Warren Buffett in 2007, whom he modelled his investing style after.

One of the most anticipated sessions, Mohnish Prabai spoke on the virtues of investing in monopolies.

Competition is for losers

Prabai started the talk with a quote from entrepreneur and venture capitalist, Peter Thiel: “Competition is for losers”.

This was the title of Peter Thiel’s lecture he gave at Stanford University in 2014. Although the lecture was targeted at entrepreneurs, Prabai’s key takeaway as an investor is that the only businesses worth spending your time on are monopolies.

Think of companies like Google and Apple. They are not monopolies because they deviously eliminated their rivals, but because their products are so good that no other firm can offer a close substitute.

As an investor, the key then is to invest in similar monopolies before it gets priced into the share price. Obviously, the key question is that these companies are are to find. Why? Because monopolists lie to protect themselves.

Bragging about their monopoly status invites scrutiny — just look at how regulation and scrutiny Big Tech like Meta encountered once people realised how much power they wield.

Because monopolists want to keep their huge profits, they go to great lengths to conceal their monopoly. As such, there’s only so much that you can find by reading annual reports.

Why it’s difficult to find monopolies

One example is Amazon.

Jeff Bezos’ annual shareholder letter is up there with Warren Buffett as some of the most insightful pieces of business writing out there. And in spite of this, Bezos still keeps many hidden cards to his chest.

His ace in the hole was Amazon Web Services (AWS). Prabai says Amazon’s e-commerce business is “terrible” — margins are low and there is intense competition from retailers. However, AWS is a “kick-ass business”.

Bezos knew that AWS had the potential to be the company’s biggest weapon, and he avoided talking about it for the longest time to avoid attracting attention. Consequently, despite AWS launching in 2006, it would remain curiously absent from Bezos’ shareholder letters and public announcements for years.

And tellingly — as soon as Amazon released their numbers, competitors realised the size of the market and how far behind they were. Microsoft and Google dropped everything and went all-in on the cloud, eliminating Amazon’s comfortable monopoly and turning it into a fierce battleground.

Therefore, there is only so much you as an investor can find in annual reports. You have to read between the lines, and pay attention to what isn’t being said.

Although Prabai doesn’t give an easy solution, he advised that the companies that don’t talk are the ones you need to know about.

Brian Feroldi has been a writer for the Motley Fool since 2015, with an expertise in Healthcare and Technology. He has published over 3,000 articles on investing and has appeared in hundreds of interviews. In his talk, he spoke about investing in the Post-Covid-19 world, with an emphasis on the US market.

Why the next 10 years will be the most disruptive

Feroldi believes the next 10 years will be the most disruptive period economically. To explain the argument, he talks about the S-Curve. 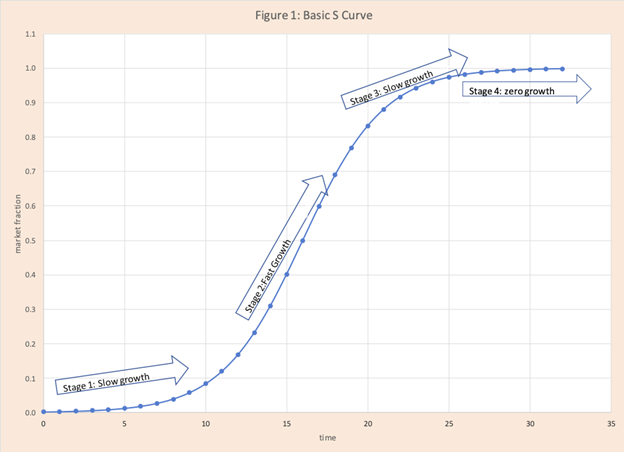 The S-curve charts the innovation of any new product. It shows slow adoption as the technology is being developed, before suddenly exploding in growth and seemingly becoming ubiquitous overnight.

Feroldi identified several megatrends he believes are entering the stage of rapid expansion:

Although it may be hard to imagine any of these technologies becoming commonplace, he says that one does not need to look far back to find similar examples. Relatively modern inventions we take for granted were once seen as “niche markets”: telephones, credit cards and the internet.

Even world-class consultants have difficulty fathoming what exponential change looks like.

How to pick the companies that will lead the future

When it comes to choosing individual stocks, Brian evaluates companies based on three pillars: their business, financials, and management.

First, the business must have a strong economic moat with optionality. This means that it has a strong core business, coupled with the ability to launch new products and services to open up new markets and revenue opportunities.

He borrows the business writer Jim Collins’s concept of “firing bullets, then cannoballs”.

As Collins defines it:

“First, you fire bullets (low-cost, low-risk, low-distraction experiments) to figure out what will work—calibrating your line of sight by taking small shots. Then, once you have empirical validation, you fire a cannonball (concentrating resources into a big bet) on the calibrated line of sight.”

Feroldi also cites Amazon as a case study. The company experimented constantly. Many “bullets” missed the mark. There were huge flops like the Fire Phone. There were also much smaller bets like Amazon Restaurants, a food delivery service, that also failed.

For the second pillar, financials, Brian examines their business model.

He likes companies that generate recurring revenue: SasS, subscription services, or franchises for example. These tend to be businesses that can provide recession-resistant growth.

Thirdly, Brian also pays attention to the management team. He prefers founder-led businesses as these companies tend to be more detail-oriented, mission-driven, and think long-term.

Lauren Templeton is the founder and president of Templeton & Phillips Capital Management, a value investing boutique located in the U.S. If her last name sounds familiar, that’s because she is the great-grand niece of the legendary investor Sir John Templeton, one of the fathers of value investing.

Lauren’s talk focuses on the investing philosophy of her famous great-grandfather, and how she applies those lessons in her work. Rather than being fixated on financial or valuation techniques, she emphasises the importance of the behavioural aspect to investing. 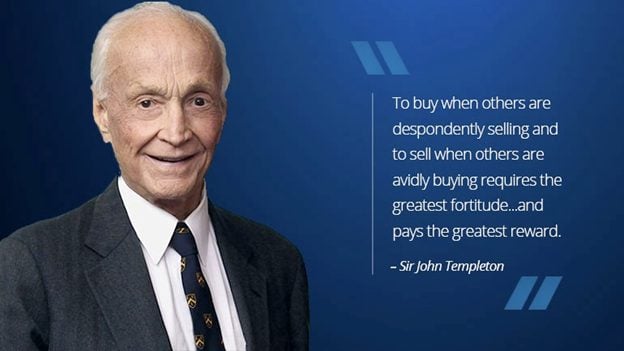 On paper, investors know that they should be greedy when others are fearful.

However, in practice, it takes courage to buy in times of maximum pessimism. Think back to how you felt in more recent crashes like the 2008 Financial Crisis and March 2020, when markets were bleeding red.

Fear is normal, our brains are hardwired for it. That’s why it’s important to be aware of psychological influences to make more rational decisions. This skill is important because around one-third of our life will be spent in a bear market.

So, remaining calm and focused on the opportunity in a crisis situation is crucial. Lauren says investors who possess strong temperaments will be able to “harness the power of the bear” to their advantage.

Hence the phrase, trouble is opportunity. Lauren thrives when there is chaos in the markets. She uses the irrationality of the market to pick up businesses she calls “compounders”.

These are great businesses that generate value over a long time with a long history of growing dividends, such as Coca-Cola. They rarely go on discount. Lauren uses total market sell-offs to pick them up at a great price, with a plan to hold these stocks forever.

Lauren concluded her talk by quoting a paragraph from a memo she received from John Templeton in 2005. You can read the memo in its entirety, but Lauren says the final paragraph is the most profound:

“Not yet have I found any better method to prosper during the future financial chaos, which is likely to last many years, than to keep your net worth in shares of those corporations that have proven to have the widest profit margins and the most rapidly increasing profits. Earning power is likely to continue to be valuable, especially if diversified among many nations.”