Financial Horse Galloping to Greener Pastures
Home REIT & Fixed Income Is it time to sell REITs and prepare for a global slowdown? 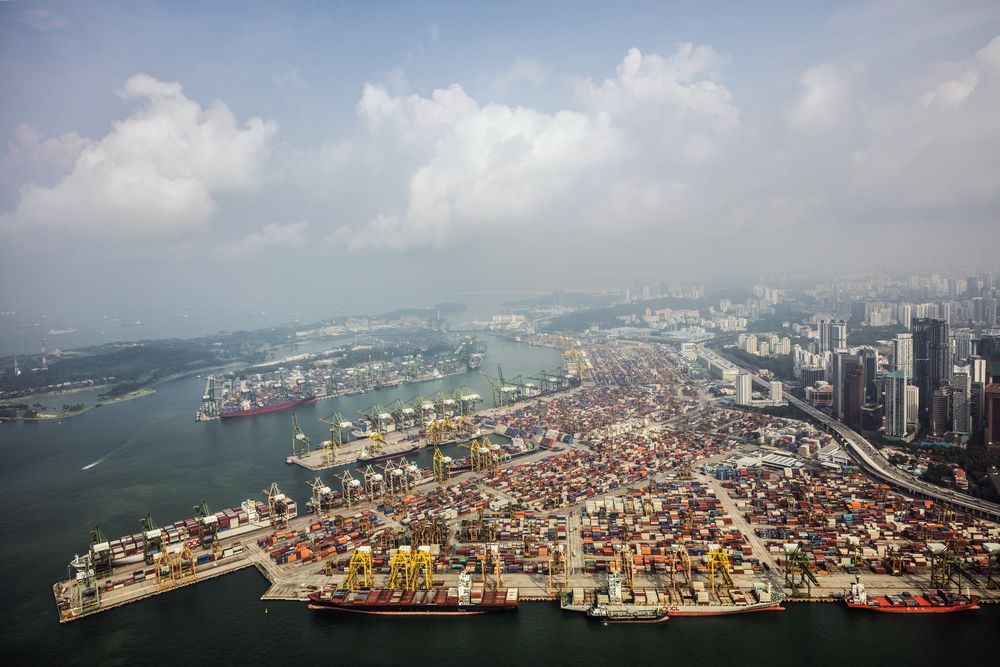 I’ve been reading that some big name REITS like Mapletree and Capitaland valuations are getting very high and upsides are getting limited. Some are even selling to lock in profits first.

I’m a long term investor and funds in REITS are for retirement in 20yrs. Should I lock in the profit or just continue on collecting dividends. Some of my capital gains is around 20-30%.

And you know, that’s exactly the question I’ve been wondering myself after watching REITs tick higher every day.

I previously shared my thoughts in an earlier article but given that it’s been some time since, it’s probably warranted to do an update.

Basics: Why have REITs gone up

Long story short, REITs have gone up because interest rate expectations have come down. Because the recent US-China trade war has led to a broad deterioration in global manufacturing expectations, the general expectation is that the US Federal reserve will cut rates this month, followed by the ECB later this year.

Because REITs are viewed by many as fixed income instruments (because of their yield), that has led to many investors buying REITs. The safer the yield, the better they do, which is why the blue chip REITs from strong sponsors like CapitaLand, Mapletree, Frasers etc have done much better than those from the small sponsors.

And within strong REITs, those with more stable distributions have done better, so office REITs with long term leases have done better than retail or hospitality REITs which tend to be more exposed to the economic cycle.

So that’s the broad context. And to put things in perspective, Pro Butterfly has some good charts that I’ve extracted below to show how REITs are on the high side of historical valuations.

How does this slowdown / easing cycle play out?

In my original article, I wrote that there were 3 possible scenarios:

With recent comments from the Feds and ECB being ultra dovish, I think it’s safe to say that option 3 is no longer in play. Central banks are going to cut, and the only question is how much, how fast, and whether this will prevent a global slowdown.

It’s still too early to answer this question definitively, but that’s the beautiful thing about investing, we need to make decisions based on imperfect information. By the time the answer is clear either way, it would already be priced into the market, and there isn’t money to be made.

What do I think?

So what are my personal thoughts? At the risk of being completely wrong, let me share my personal views here, and you guys can let me know what you think.

Personally, I think that the key is the US-China trade deal.

Unfortunately, the more I think about it, the more I’m less certain that we may actually have a trade deal by the end of the year, or even by the 2020 election (and by 2020 I mean Trump, not Lee Hsien Loong ;).

We’ve all been operating under the assumption that these trade war tariffs were a negotiating ploy by Trump to get China to the negotiating table, but I’m not so sure about that anymore. It could be that the tariffs were actually the end goal for Trump. So everything else about negotiating with China and asking for IP rights was just a smokescreen, so he doesn’t look like a big bully who unilaterally imposes tariffs on other countries. So part 1 of Trump’s plan was the tax cuts that made it attractive for MNCs to repatriate money to US, and part 2 are the tariffs to reduce the attractiveness of China as a manufacturing hub, and further incentivise money to flow back to the US. In other words, he starts with a carrot, then the stick.

This actually fits the current sequence of events well. Trump is in no hurry to get a trade deal, and in fact he will intentionally derail the negotiations, because what he wants is the tariffs which he already has.

And at the same time, China has stated on multiple occasions their baselines requests that needs to be in any trade deal, and these include the complete removal of tariffs.

The closer we get to the elections, the stronger this dynamic will play out, because Trump cannot be seen to be weak on China as it is one of his major campaign promises, and China will be in no hurry to do a deal as they can adopt a wait and see attitude.

So if I am right, then actually the tariffs are here to stay for the near future. At the risk of sounding like hyperbole, these tariffs will actually signify a paradigm shift in the era of globalisation we’ve been through the past 30 years.

The past 30 years were all about opening the world up, and reducing borders. When I grew up, we were reading books like “The World is Flat”. Heck, I remember writing many GP essays on globalisation and how it was the future.

Well, the world is flat no more. Under this new regime, the future will be about localising production, with each region focussing on their local markets. Such a world would see China export only key essentials to the US (that cannot be produced elsewhere), while focussing more on growing it’s domestic consumption, and domestic markets. In fact if you look at recent events like Japan blocking exports to Korea, you start to realise that maybe such a scenario isn’t so far fetched after all.

Such a world will also require some time for companies and governments to adjust to the new paradigm, which could see weakness in manufacturing and corporate earnings in the interim. To counteract that weakness in manufacturing, central banks will need to, surprise surprise, cut rates and ease monetary policy, with perhaps fiscal policy support from governments. Which sounds a lot like what we’re seeing now, no?

The thing about trying to second-guess world leaders though, is that I could be completely wrong of course. Perhaps I’m overthinking Trump, and maybe all he wants is his trade deal and lower interest rates. Perhaps the Federal reserve cuts rates 50 bps by December, and perhaps Trump goes on to sign a deal with China in December, and with the lower interest rates and tariffs out of the way stocks will truly fly, and Trump rides his way to a resounding 2020 election. I guess that’s possible too.

What does this mean practically?

For the record, my current REIT allocation is almost more than 40% of my investment portfolio (available on Patron), mainly because it has grown in size drastically the past 7 months.

If I’m right and there’s going to be an economic slowdown, then I may not want to be holding on to such a big position in REITs. I would probably want to reduce my REITs position slightly, and allocate that money into the market opportunistically during the slowdown.

But the biggest problem I have, is that if I sell REITs now, where does the money go? Cash has an opportunity cost as well, and over longer periods of time cash is just about the worst investment.

Pro Butterfly wrote that he is selling his blue chip REITs to buy high yielding REITs like Sasseur and Eagle, or overseas REITs. I’m not so sure if that’s a good strategy, because at the end of the day you’re still allocated to the same asset class, and if there is a broad economic slowdown, do you really want to be holding on to high yield REITs?

At the same time, stocks are looking quick richly valued, corporate profits are at all time highs (and unlikely to be able to sustain such growth if there is a slowdown), so they may not be great buys either.

I quite like gold as a mid term investment, because I think once central banks start going crazy with their easing gold may fly. But again, I already have a chunk of gold in my portfolio, to the point where it doesn’t make sense to add more.

So unfortunately for me, I’m stuck in a position where there’s really no good alternative to allocate my REIT money to.

I suppose I could top up my CPF-SA, but that always seems like a cop-out.

What am I going to do?

I don’t think it makes sense to advise the reader specifically what to do because it depends on his/her risk appetite, and financial objectives, which I would have no clue on.

But I will share what I am going to do, and perhaps it may come in handy for him/her, or for the rest of you guys out there.

And I’m going to do absolutely nothing.

I’m not going to sell my REITs, but at the same time I’m not going to buy more REITs. I actually really like how my asset allocation looks like this days, and I’m quite confident in its ability to ride through whatever is to come in the next few years.

Sure, REITs could come down by a lot over the next 12 months because of some unforeseen circumstance, but as a long term investor, I’ll just take the chance to add more. I’m not a hedge fund guy with quarterly performance reviews, so there’s no need for me to squeeze out every single bit of gain. The thing about managing your own money is that you can take longer term, 10 to 20 year views that the professional managers can’t.

I think over the next few months we may have a clearer idea of how the global manufacturing slowdown and easing cycle will play out, so if at such time good opportunities emerge, I’ll allocate some money to them.

What do you guys think. How are you preparing your portfolio for a downturn? Share your thoughts in the comments section below! I respond personally to all comments!