In Part I of this article, we explored what the metaverse is, and why today’s tech giants Meta and Microsoft are competing to be the leaders in the space.

These companies emerged as one of the biggest winners of the Web 2.0 era of the internet, which was built on a foundation of siloed and centralised services.

Chris Dixon argues in a widely-shared Twitter thread, “Why Web3 matters”, that as centralised platforms grow dominant, the “easiest way to continue growing lies in extracting data from users and competing with complements over audiences and profits.”

Web3 is important because it returns ownership of the internet to builders and users, powered by internet-native tokens. Now, if this seems vague, let’s look at one industry where Web3 startups are aiming to disrupt: gaming.

Even while Fortnite and Roblox are used as analogies for what the metaverse can look like, Web3 aims to solve an essential element these games are missing: proof of ownership of unique and scarce digital assets.

For example, you can buy in-game items like skins on Fortnite, using V-Bucks (Fortnite credits). This digital asset is non-fungible, but it’s mediated by the game’s creator, Epic, so you don’t truly own it.

You could spend thousands of V-Bucks investing in the latest skins, but Epic could theoretically seize those assets in an instant. Further, you can’t move your skins off the platform and wear them in a Call of Duty match. If you happen to own a coveted skin, you also can’t sell them on a secondary marketplace for profit.

This is not a trivial matter. In 2018, players spent over $1 billion on skins alone. Globally, the video game industry is worth almost US$200 billion, making it bigger than the movie and music industries combined. Even as millions of gamers spend a sizable sum of time and money building digital wealth within Web 2.0 closed metaverse worlds, most of the value is accrued by the corporation.

This is where the Web3 metaverse comes in. New platforms are being built with interoperability and ownership at their core. Grayscale, a cryptocurrency asset manager, published a metaverse report summarising the opportunity as such:

“Web 3.0 open crypto metaverse networks solve this problem [of interoperability] by eliminating the capital controls imposed on these virtual worlds by Web 2.0 platforms. This new paradigm allows users to own their digital assets as Non-Fungible Tokens (NFTs), trade them with others in the game, and carry them to other digital experiences, creating an entirely new free-market internet-native economy that can be monetized in the physical world. This evolution of the “creator economy” is known as “Play to Earn”.”

While this use case is most directly applicable to gaming, they write that the metaverse opportunity extends to areas including advertising, social commerce, digital events, hardware, and developer/creator monetization.

These Web3 metaverse worlds will integrate all aspects of the crypto cloud economy. Transactions will be made in cryptocurrencies; Decentralised exchanges (DEXs) will allow users to trade in-game assets; digital assets from virtual land to wearables will be represented as NFTs; and Decentralised Autonomous Organisations (DAOs) will enable a user-owned platform, where everyone has a say in deciding the rules of the virtual space.

A huge caveat is that like Meta and Microsoft’s ambitions, there is a long way to go before reality catches up to the grand vision for Web3 platforms. To get a better understanding of the current state of Web3 open metaverse worlds, let’s look at two leading decentralised platforms, Decentraland and The Sandbox.

This Medium piece does a great job describing the opportunity behind Decentraland:

Decentraland is a combination of three concepts: Second Life (a game where you create an avatar and inhabit a virtual world), VR and blockchain. “In its fullest form, it’ll be the true incarnation of the Oasis from Ready Player One or the Metaverse from Snow Crash, but with a native cryptocurrency called MANA, distributed ownership of land (LAND), and decentralized governance using tools created by a project called Aragon,” they write.

Decentraland was launched in 2017 by Argentinian entrepreneurs Ari Meilich and Esteban Ordano. It was one of the first Web3 metaverse economies to launch, and with its head start, has become a leading crypto virtual world today with one of the largest user bases.

Decentraland, built on Ethereum, allows users to buy and sell digital real estate, in parcels of land represented as NFTs. Landowners can then build pretty much anything on top of it, and then allow other users to explore, interact and play in various virtual worlds.

Here’s the experience of one user, recounted in The Generalist’s excellent deep dive into Decentraland. While there are fascinating corners of Decentraland, much of it remains undeveloped.

“We’ve fallen down the fountain in “Genesis Plaza,” hit up the casinos in Vegas City, stumbled across a Pride Parade, mined fallen asteroids in exchange for gems, gone to the stables, gawked at swirling spiral homes, browsed art at a Sotheby’s gallery, and tried to fly a dragon. We made it about ten feet before crashing into a wall.

I have also walked around empty lots and whole neighborhoods without a soul in sight. At around noon on a Tuesday, I stood in Frankie’s Tavern, a virtual dive bar, watching a music video alone. After hearing about District X, Decentraland’s red-light district, I fruitlessly searched for brothels that apparently exist. I hoped to interview the most modern members of the world’s oldest profession”

The writer compares Decentraland to the early days of Las Vegas when it was a worthless plot of land in the middle of the desert. 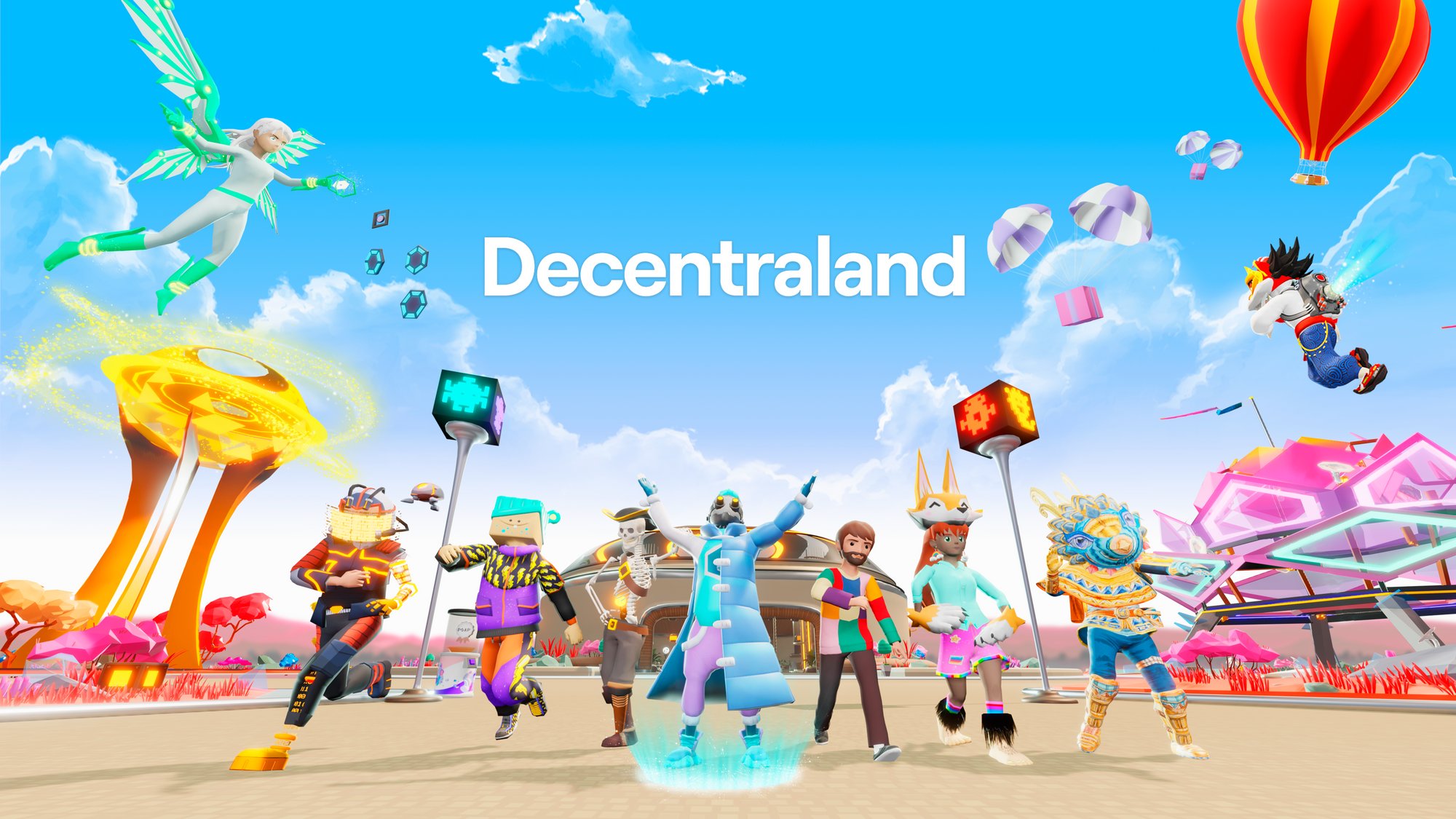 Investors who invested heavily in Decentraland see it as the equivalent of buying prime real estate on the main Vegas strip before it became an iconic tourist destination. But that’s assuming Decentraland can develop to its full potential.

One of the biggest issues it faces is its relative emptiness. While there are interesting places to visit, large chunks of land still remain undeveloped. The lack of content can be attributed to the high barriers to entry. Designers need a good understanding of 3D modelling to create structures in Decentraland.

Companies such as Sguiggly School are attempting to bridge this gap by providing educational materials to teach creators to build in Decentraland. Apart from building up the virtual world, the Decentraland team plans to create a desktop client to allow the game to run more smoothly. In the second half of 2022, they also plan to launch a VR client to enable an even more immersive experience.

For bullish investors such as DCG, they think there is tremendous upside in Decentraland. As people spend more time in virtual worlds, it could be the next Facebook or TikTok.

If VR takes off, a virtual world like Decentraland could replace Google as a search engine for content. As it is decentralised and built on a blockchain, developers can make serious investments in resources with the security that no centralised entity can suddenly change the rules of the platform. 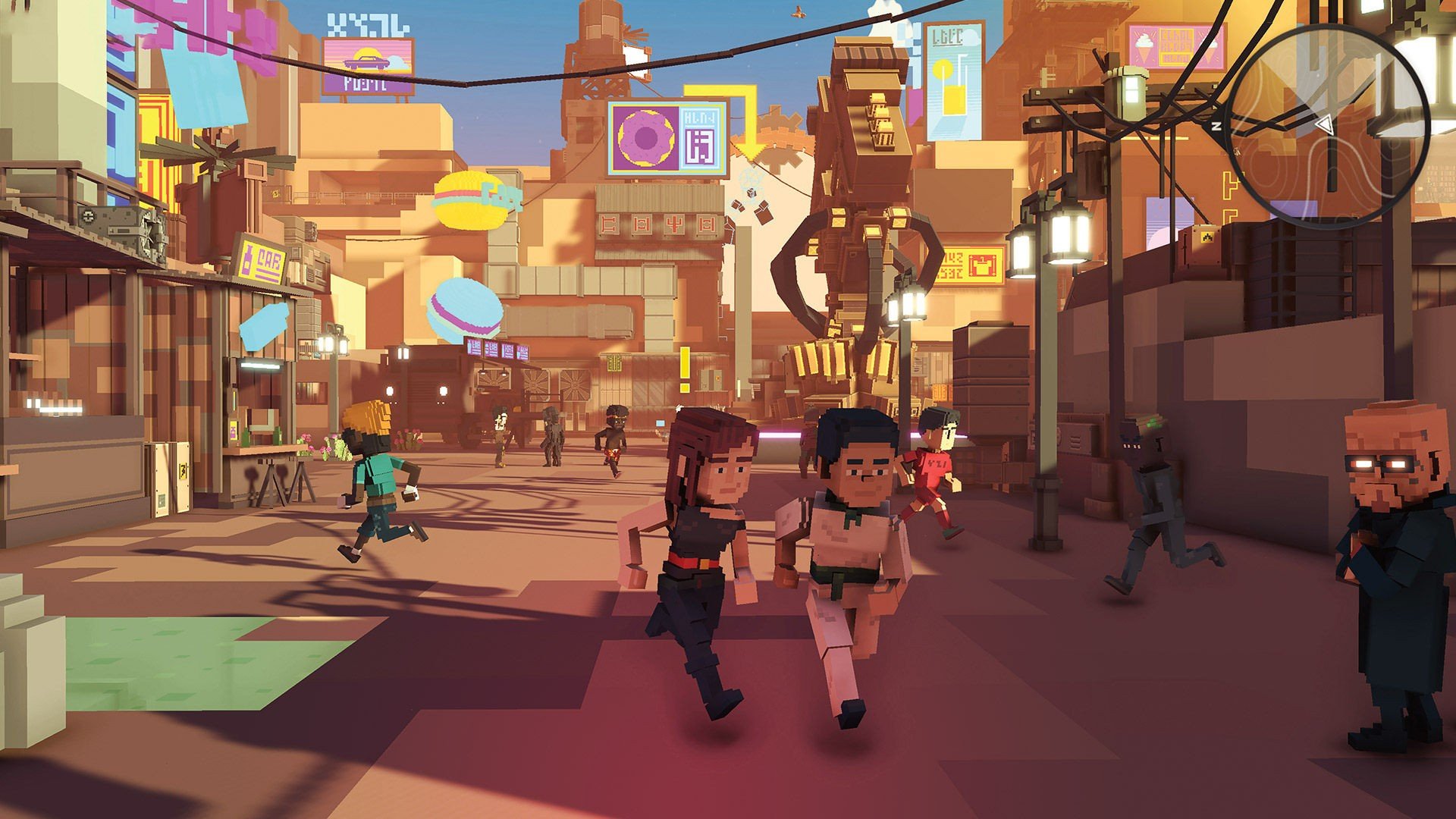 Though Decentraland is the biggest name in web3 worlding, it is closely followed by The Sandbox, created by the Hong Kong-based gaming company Animoca Brands. With its roots in mobile gaming, The Sandbox is slightly different from Decentraland.

Think of it as a DeFi version of Minecraft. Quick recap if you’re unfamiliar: Minecraft is a popular game (owned by Microsoft), that allows players to create unique worlds. Their non-linear gameplay allows players to let their imagination run wild and build nearly anything.

Similarly, the Sandbox is a virtual (and blocky) world where players can combine lots of elements to make new ones and create their own digital creations. The Sandbox world comprises 166,000 NFT land parcels, where landowners can build games and other creative endeavours.

The Sandbox is purportedly much easier to build than Decentraland. In Decentraland, experiences have to be built using production-grade tools such as Unity. Whereas The Sandbox’s no-code game engine and design tools are comparatively easier to pick up, increasing the pool of potential creators.

Despite the game still being in alpha-testing, it has attracted huge investors. In November 2021, The Sandbox raised $93 million in funding in a funding round led by SoftBank. The game also attracted over 50 partnerships, including Atari (maker of iconic games such as Tetris), NFT-OG CryptoKitties, The Walking Dead, and hip-hop artist Snoop Dogg.

In March 2022, they launched Alpha Season 2, which is the current iteration of The Sandbox, which is gradually being opened up to users. By mid-2022, The Sandbox is hoping to set up its DAO. By the end of next year, The Sandbox is planning to bring its new and improved virtual world back to mobile users by launching the game as an app.

Wrapping up this deep dive, the key takeaway is that the metaverse is still very much in its infancy, with many competing visions for what it should look like.

Trying to define the metaverse today is like trying to describe a picture placed behind frosted glass. When smartphones were first introduced, no one could have predicted how it would revolutionise tech, lead to the creation of social media and reshape society itself.

But if the metaverse is indeed the next major evolution of the internet, it’s unsurprising many businesses are investing heavily in the space to shape what that future will look like. With a transformative idea this big, it would be wise to pay attention while it’s taking shape.