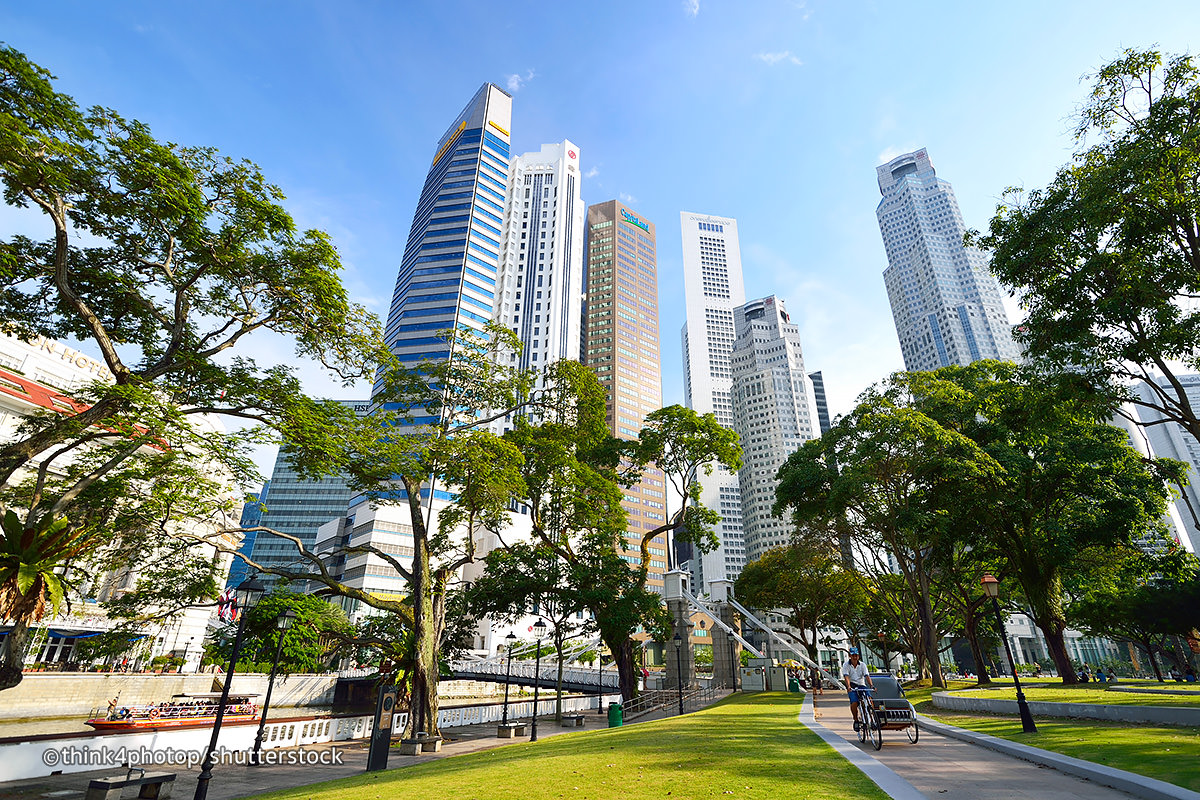 As every investor will know, 2018 has been an absolute disaster for almost all asset classes. The year to date (YTD) returns for major asset classes as at October 2018 are set out below, and if you plot the same chart as at December, almost everything is going to be in the red. That’s how bad it was. 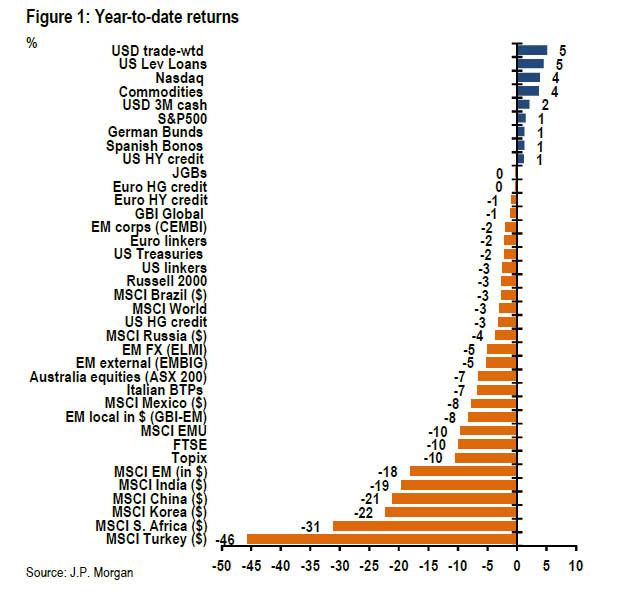 So what does 2019 hold in store for us? I’m going to set out 5 investment trends here, and how to play them. Of course, please note that these are just my predictions. Regardless of whether you agree or disagree with them, just leave a comment below to share your thoughts!

China is currently facing two major problems. Firstly, Xi Jinping is on a deleveraging move to cleanse the financial system of bad debt, and reduce leverage in the system. Secondly, the US-China trade war is affecting sentiment over Chinese assets, and negatively impacting Chinese exports.

None of these issues are likely to go away in 2019. You can’t fully deleverage the economy in less than 12 months, so the deleveraging move will likely continue well into 2019.

The US-China trade war is harder to predict. My gut feel is that after the current 3 month ceasefire, it will be extended, simply because a trade deal between the US and China is too complex to be negotiated in 3 months. What this means is that the spectre of the trade war is likely to hang over us well into 2019, and China assets may remain volatile for much of 2019.

That said, I am hugely bullish on China on a 10 to 20 year timeframe, so I’m definitely going to use this opportunity to gain some China exposure through the Hang Seng Index. Timing wise though, I suspect a better buying opportunity will surface sometime in mid-2019.

The 2s5s yield curve (difference in yield between the 2 and 5 year US treasury bonds) has already inverted, which is usually viewed an ominous sign for global markets. However, the more commonly viewed metric is the 2s10s yield curve, which is still positive, although it may drop below zero very soon. 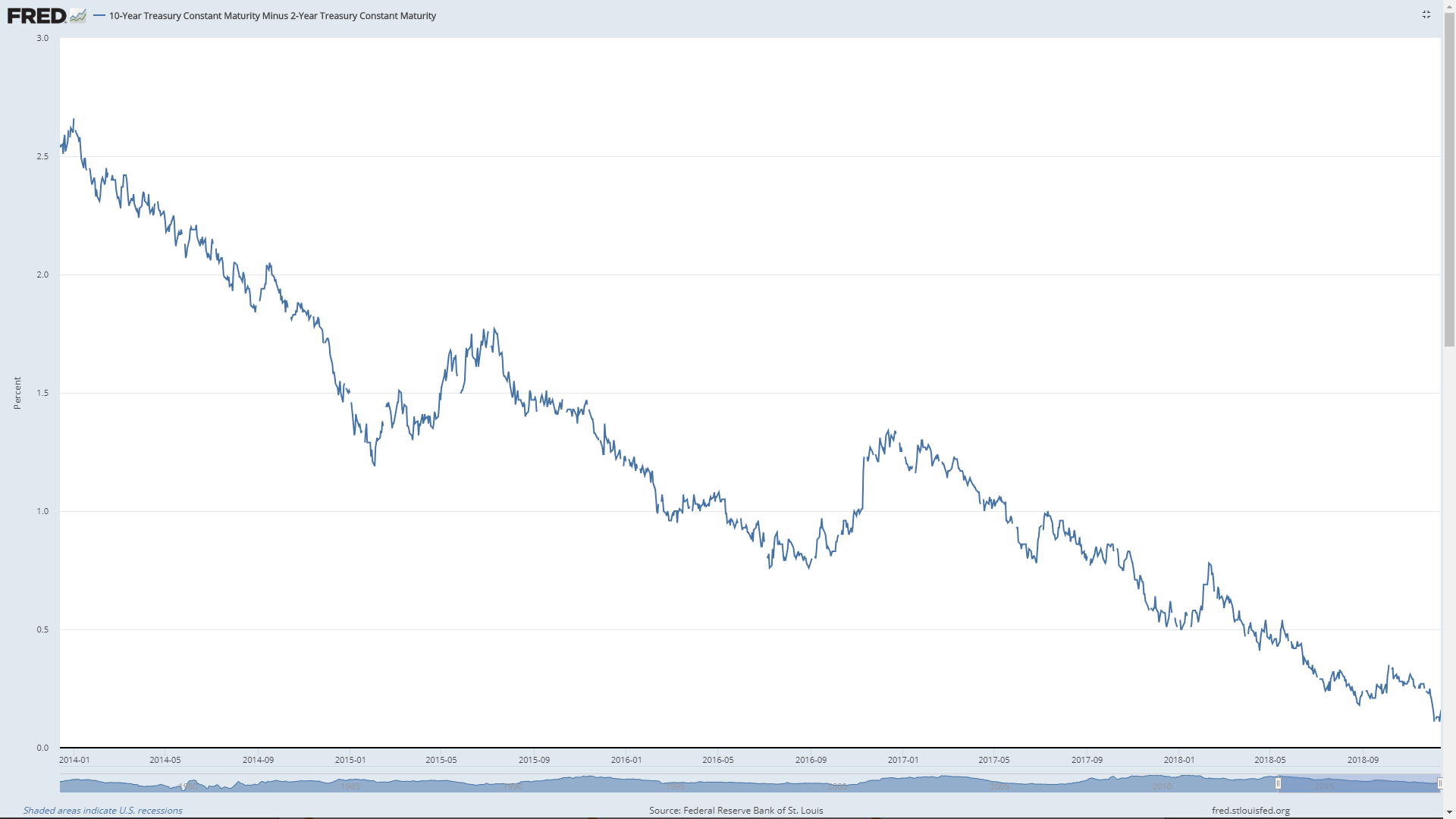 Historically, a US recession usually sets in anywhere from 6 to 18 months after an inversion of the 2s10s yield curve, so if you think about it, we probably have anywhere from 12 to 24 months left in this economic cycle. There’s a lot of debate on whether the yield curve is even a reliable forecaster of recessions, but there’s no ignoring the fact that it does have an uncanny ability to identify problems in economy.

My prediction for 2019 is for a continued flattening of the yield curve, with inversion to take place sometime in the course of the year. I expect the Fed to hike rates in December 2018, but to turn more dovish in 2019.

2018 was an absolute disaster for Emerging Markets (EM). Countries like Argentina, Turkey, Indonesia etc all saw their currency depreciate significantly, and had to increase interest rates significantly to counteract the depreciation. A lot of this was due to the aggressive US Federal Reserve which hiked interest rates 4 times this year, putting massive pressure on EM countries who had borrowed heavily in USD. It was basically a repeat of the Asian Financial Crisis in 1997 (you would have though they learnt their lesson 20 years ago…).

Because I expect the US Federal Reserve to slow the pace of rate hikes in 2019, I expect that EM economies will have a comparatively better year. Okay it’s not a hard prediction to meet because 2018 was just that bad for them, but hey, every bit counts right?

The funny thing is that the 2008 crisis was brought on by Wall Street (the banking sector) and then spread to Main Street (the industry). I expect that the next recession will be brought on by Main Street. Why I say this, is that while the banks have been well capitalised following 2008 and the wave of legislation that followed (Europe is an exception), the low interest rates led to many companies borrowing heavily to fund anything from a reckless expansion to a share buyback to prop up the share price. Now that interest rates are going up, it’s getting a lot harder for these companies to refinance or rollover their loans. Some time in the next 1 to 3 years, I expect this will hit a tipping point, and we will have a recession to reset the debt cycle.

This may not come into play in 2019, but what is likely in 2019, is a continued tightening of financial conditions for all but the safest of the blue chips. If you’re a Temasek backed Mapletree or CapitaLand, you’re probably going to be fine, but if you’re not (I shall refrain from naming names), expect it to be harder and harder to borrow money.

The other thing about a rising interest rate environment, is that future value of money is now less valuable. To illustrate – imagine a situation where interest rates are 1%, and another where they are 10%. In the first situation, $100 today is worth $101 in 1 year. In the second situation, $100 is worth $110 in 1 year. Growth companies like tech startups are all about future growth. They may not make money now, but they will in 5 years time, which is why you invest in them. In a rising interest rate environment, growth becomes a lot less attractive, because now there is a real opportunity cost to the money.

After all, in the high interest rate environment, a growth company needs to make about $160 in 5 years time to make up for the opportunity cost, while in the low interest rate environment, it only needs $105.  It’s a simplistic example, but you get the point. Accordingly, in such environments, it makes more sense to invest in a company that is actually making money now, because the present value of money is worth more.

Just look at how attractive the SSB rates are these days, It’s a 2.01% return for the first year, absolutely risk free. This will have profound implications for the pricing of all asset  classes.

How to play this

There’s no point talking about all these trends without also talking about how to invest accordingly. Here are 3 ways I would play the tail end of the economic cycle:

The time and tested classic, is to buy blue chip dividend stocks. Look for companies with a strong monopoly in their core business that can last for the mid to long term, has stable cash flows, and has a strong financial position that will allow them to weather an economic storm. Because these are dividend stocks, it really doesn’t matter if they fall in the short term, because you’re still collecting the dividends. Do be careful not to pick stocks where the underlying cash flow may be affected heavily in a recession. For example, Starhub is a tricky one because while their dividend is high, the local telco industry is in a huge state of flux and Starhub doesn’t have any monopoly over earnings, so in a recession if Singtel decides to cut rates, Starhub may be forced to follow.

By contrast, Netlink Trust is a counter that I really like because of its natural monopoly, strong cash flows, and fixed pricing. It’s not going to grow massively over the next few years, but when it’s trading at a 6% yield, it really does look attractive as a boring buy and hold forever stock.

Because short term interest rates have gone up so much, holding cash is no longer a fool’s errand. In 2019, a winning trade may actually just be to load up on high quality short term bonds. Singapore Savings bonds are a great choice, simply because they are risk free (backed by Singapore government), and you can redeem them any time with pro rata interest. They’re capped at S$100,000 per individual though, but you can always buy some in your spouse’s or child’s name. If you’re still busting the cap, you can try Singapore Government Securities, but the liquidity tends to be low on such stuff, so you may need to be patient when exiting a position.

This is basically a continuation of point 1. The REIT industry as a whole isn’t cheap by historical standards, but within the REIT industry, I’m actually seeing a lot of counters that are trading at really attractive yields. Keppel KBS US REIT is one of them, and I’ll write a longer article on this when I have some time.

The logic here is the same as point 1, pick REITs that are backed by a strong sponsor and with assets that are best in class. I’ve noticed that a lot of the REITs that fit this profile like CapitaLand Mall Trust, Mapletree Commercial Trust etc have been performing very well recently, so perhaps I’m behind the curve on this one. It really doesn’t matter though, because there are still tons of good opportunities left if you’re prepared to look. You can take a look at my previous article on how to evaluate REITs.

It’s very easy to look at 2008 and imagine something similar happening in 2019, but the financial conditions in 2008 were unique to 2008, and the subprime mortgage was truly a bubble of epic proportions. I expect the next “crisis” to be a slower one, play out over a longer period, and start out by affecting companies and eventually spreading to affect the banks. In other words, more similar to 1997 then 2008. But that also doesn’t mean the solution is to sell all stocks and move entirely to cash. Market timing like that would require getting both the time of your exit correct, and the time of re-entry correct. Getting one right is incredibly hard, and I don’t know of many people who can get both right. For retail investors such as myself, I’m definitely still staying vested, but I’m gradually moving towards a more defensive asset allocation, with stronger allocation to blue chips.

If you enjoyed this article, do consider supporting Financial Horse and receiving a quarterly investment outlook no different from this. Click here for more details.