In the world of investments, a company’s financial reports and statements are the holy grail to gain information about the company’s quantitative performance.

As an Accountancy undergraduate, I will be sharing 5 accountancy concepts I believe every Investor should know.

Accounting is a very technical subject and there are 3 dimensions of financial reporting: Amount, Timing and Uncertainty, that the International Accounting Standards Board (IASB) balances when creating accounting rules and regulations. These regulations strive to make financial information fulfil the 2 fundamental accounting qualities of relevance and faithful representation.

Taking this into account, one of the most important rules in accounting is to follow the accrual basis of accounting (and not cash basis). This is a widely accepted standard as it provides a more accurate picture of the company’s ability to produce future cash flow.

To make it more understandable, we will use Singtel’s most recent FY2019/20 results as a case study in this post.

The main purpose of most companies is to earn profits for their shareholders and one way of measuring that is the company’s net profit.

The Oxford Dictionary defines net profit as the actual profit after working expenses not included in the calculation of gross profit have been paid. However, it is important to note that due to accounting practices, the net profit considers some expenses which may not be initially obvious.

The net profit is usually found on the last line of the income statement (highlighted in red) which is why net income is often also known as the “bottom line”.

Singtel’s FY2020/21 net profit was a positive S$554 million, from S$16.542 billion in operating revenue. Generally, a company with positive net profit is a good sign that the management of a company is performing well and able to give value to shareholders.

There are 2 important factors to consider when analysing net profit.

While the net profit provides an overall view of the company’s financial position, it is more challenging to sift out how well the company is performing on a day-to-day basis because of accounting principles.

Therefore, some companies use another metric, EBITA, to give a more accurate view of profits (from operating or raw profit that a company earns), without considering other expenses.

Earnings before interest, taxes, and amortization (EBITA) is a measure of company profitability used by investors and can provide a more accurate view of the company’s real performance.

This accounting concept is most used by Tech companies as a more accurate way to show investors how well the company is performing operationally. Tech companies are especially fond of using EBITA to report its income given that many of them have negative net profits, but positive EBITA.

The EBITA can be found in the income statement (highlighted in red above).

Why? EBITA only considers spending from operations and does not consider non-cash expenses such as Interest, Tax and Depreciation/Amortization.

In capital intensive industries such as construction and telecommunications (which Singtel is in), it is important to consider depreciation and amortization as it reflects the company’s assets future ability to generate cash flow and potential expenses to replace equipment.

The working capital ratio (usually presented as a ratio) allows an investor to get a sense of a company’s liquidity, its ability to meet payment obligations.

“Current” means that it involves some sort of action in the next 12 months. For assets, this means that it can be converted into cash, and for liabilities, it represents loans that must be repaid.

The working capital ratio allows investors to analyse if a company that while profitable, may be running out of cash and potentially become bankrupt.

While a higher WC ratio is generally a good sign, excessively high (>2) ratios could indicate that the company is not utilising excess cash and reinvesting into the company effectively.

As pointed out by Investopedia, most analysts consider the ideal WC ratio to be between 1.2 and 2, and Singtel’s falls below that which could indicate potential future liquidity problems. A DBS report has also highlighted that Singtel would need to manage its balance sheet carefully to maintain its credit rating.

Given Singtel’s poor performance in AY2020/21 amidst the COVID-19 pandemic, it does not come as a surprise that its current ratio is on the lower end, and investors should keep a lookout to how Singtel manages its liquidity and its ability to repay its loans.

A company’s ROA (usually presented as a percentage) is an indication of a company’s profitability relative to the amount of assets. This gives us investors an idea as to how efficiently a company is using its asset to generate earnings and profits.

To calculate the ROA, one take net profit over the total assets a company holds . Generally, a higher ROA indicates more asset efficiency and is indicative that management is efficiently using its assets to generate profits.

ROA is usually very dependent on industry and is a good metric to compare between companies in the same industry that operate with similar types of assets. Service-oriented firms such as financial institutions will have significantly higher ROA compared to capital intensive industries such as manufacturing or telecommunications companies (like Singtel).

This means that for every $1 of assets that Singtel carries, only $0.0115 of profits are extracted. Compared to Starhub’s ROA of 4.35%, once again this does not represent a positive sign for investors.

Singtel has faced challenges in recognising the full value of its assets. In May 2021, Singtel reported that it was looking to divest some its infrastructure asset portfolio after a strategic review. It was noted that some assets were “not aligned with or may be less important to the group’s vision” which could explain Singtel’s challenges in extracting value from its assets. See Financial Horse’s take on Singtel’s Strategic Review here.

Several analysts have also noted that Singtel’s traditional approach in acquiring assets and stakes in investments led Singtel to be “Asset Heavy” in recent years.

Investors should keep an eye out for Singtel’s divestments and where it allocates new capital to better understand Singtel’s future ability to generate profits.

The final key component of financial statements are the statements of cash flow.

In accounting itself, there is less emphasis placed on cash movement, but it is very relevant for investors.

FCF represents the net amount of cash a company generates after accounting for cash outflows (expenditures). Unlike net profit, it measures a company’s profitability that excludes non-cash expenses like depreciation.

FCF is one of the most important financial metrics that investment analysts consider. The Discount Cash Flow (DCF) model is one of the most commonly used and taught valuation model which uses past FCFs to calculate the future value of a company.

Referencing Singtel’s statement of cash flow, in FY202/21, Singtel recorded $3.180 billion in FCF, a 7.2% decline from a year prior. Not too shabby considering the COVID-19 pandemic and without any major asset divestments.

FCF is usually compared across the years for the same corporation, and investors should focus on the stability of a company’s FCF as any major decrease could spark market fears and signal that the company could be facing cash issues.

For example, as Singtel looks to divest major assets and subsidiaries in FY2021/22, its free cash flow might experience a major boost, even if its underlying core business does not improve.

However, in order to get the full picture, investors would need to compare different metrics either internally (previous years within the same company) or externally (other companies within the same industry).

Overall, financial reports are a very valuable source of information that investors can tap onto to strategically review the company and make investment decisions. 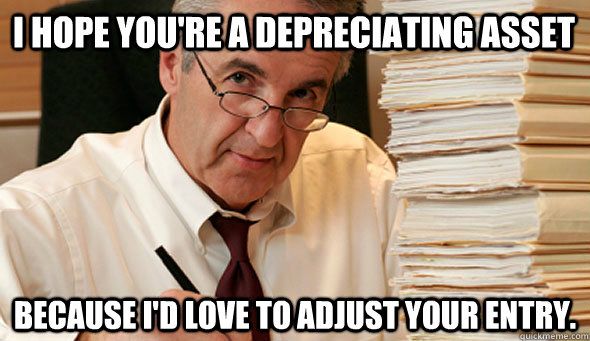